This year was the final chance for Meiringen to play a part in the protection of airspace during the World Economic Forum at Davos, as Joris van Boven and Alex van Noye describe. 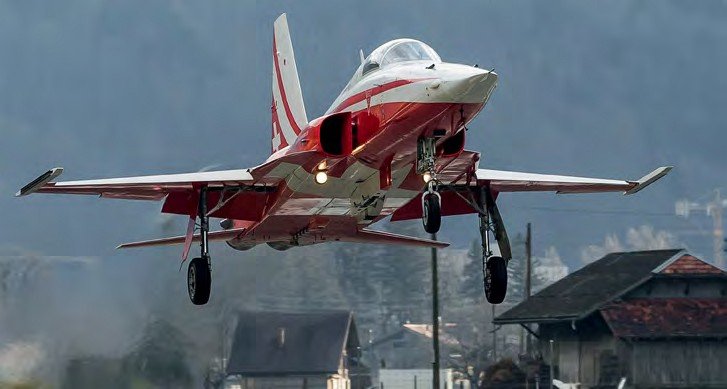 F-5Es participated in QRA duties during previous WEFs, but this year the Tiger IIs returned to Meiringen for training only. The two F-5Es – including J-3081 in Patrouille Suisse colours – arrived at the base during the WEF and took part in an exercise the following week. 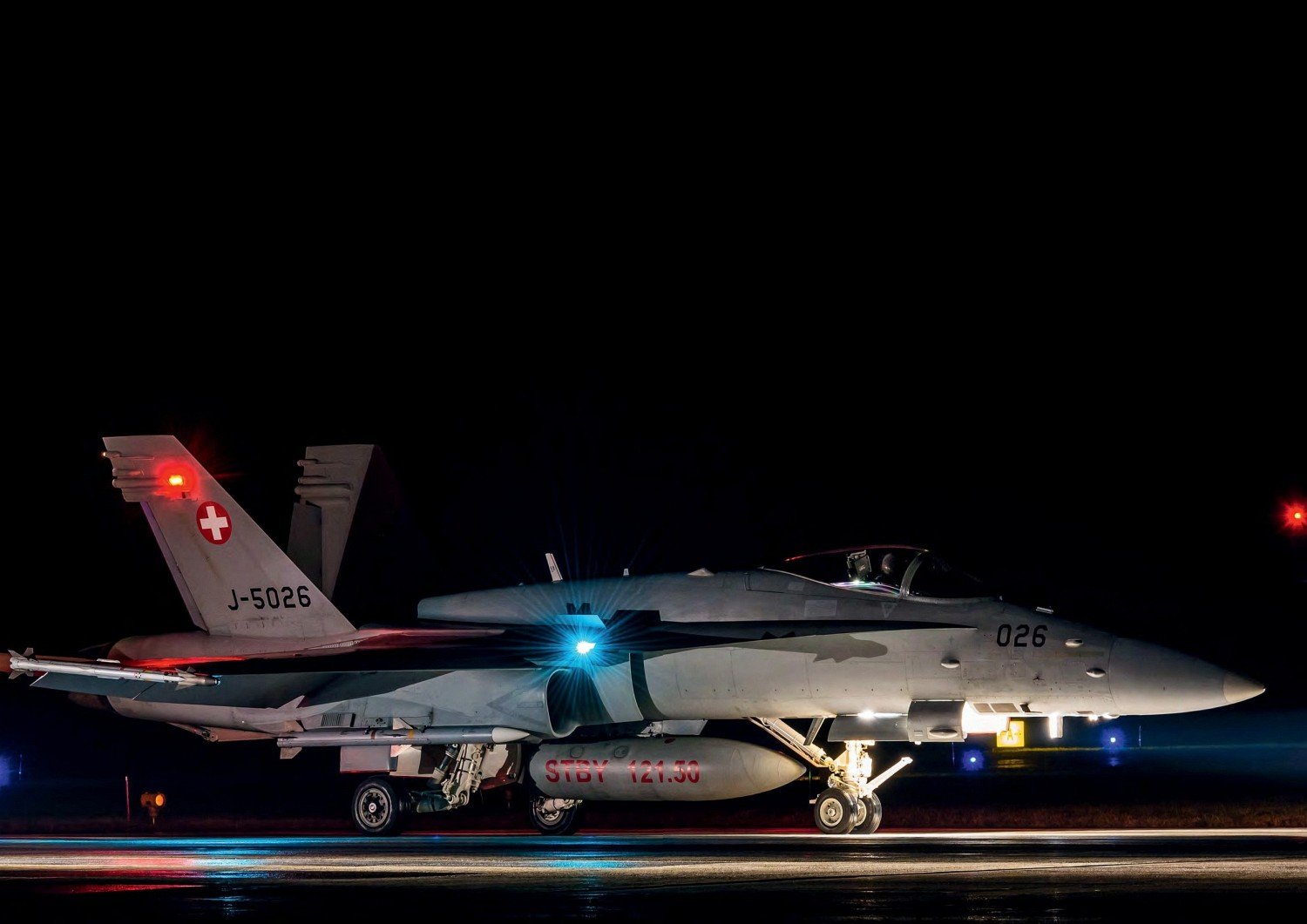 CAP duty for this year’s annual meeting at Davos was flown exclusively by Hornets. F/A-18C J-5026 prepares to depart for a night-time mission, armed with a brace each of live AIM-120s and AIM-9X missiles. All photos Joris van Boven and Alex van Noye

Every year, one Swiss air base hosts increased quick reaction alert (QRA) activities during the World Economic Forum (WEF) held at Davos. Responsibility for the task rotates on an annual basis and for this year’s event, which took place between January 22 and 27, combat air patrol (CAP) missions were flown from Meiringen in the mountains of the Bern canton. Each hour, two fighters – usually F/A‑18C Hornets – maintained surveillance over Davos in eastern Switzerland, armed with live airto- air weapons. From next year, all Davos QRA sorties will be flown from Payerne.