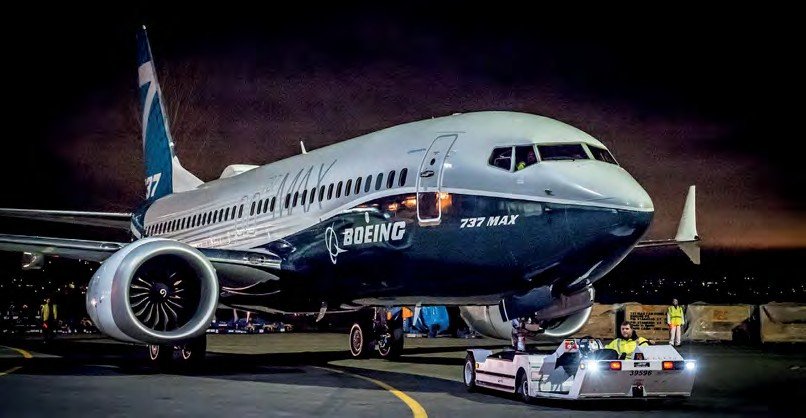 Boeing 737 MAX 7 N7201S is the first of two examples of the smallest-capacity 737 MAX variant, which will be used for flight testing before service entry. Kevin Larsen/Boeing

Boeing has rolled out the initial 737 MAX 7 at Renton. The aircraft, N7201S (c/n 42561), will undergo system checks, fuelling and engine runs on the flight line before moving to flight testing, which Boeing said was due to begin, “in the coming weeks”. The aircraft is one of two 737 MAX 7s that will be used for flight and certificationtesting the variant, which is scheduled to enter service in 2019 with launch customer Southwest Airlines.

The 737 MAX 7 had only attracted 58 orders by the end of 2017, comprising 30 from Southwest, 23 from WestJet and five from Canada Jetlines. The rival A319neo has similarly struggled on the market, with just 30 orders according to Airbus data; both manufacturers have found most single-aisle airliner sales to be for the market segment covered by their respective 737 MAX 8 and A320neo.

A fourth family member, the 737 MAX 10, is due to enter service in 2020. Boeing on February 6 announced it had completed firm design configuration for this variant, allowing detailed design work to start. Mark Broadbent