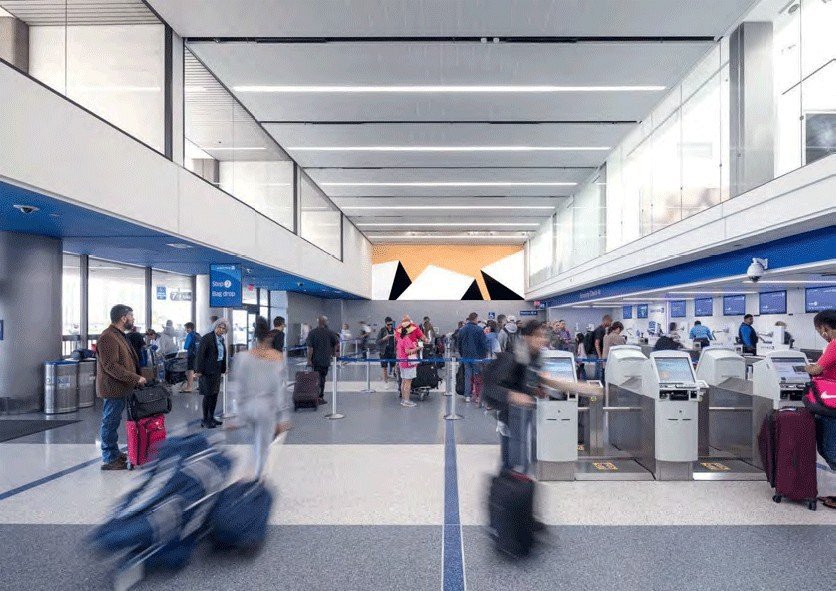 AS PART of its expansion and renovation, Los Angeles International (LAX) has transformed some of its key public areas into art spaces, featuring both permanent and temporary art exhibitions. In partnership with the City of Los Angeles Department of Cultural Affairs, 11 installations have been spread out across various locations including Terminals 1, 6, 7 and the Tom Bradley International Terminal (TBIT).

The exhibits form part of a wider modernisation scheme for the Pacific hub, which is undergoing a $14bn capital improvement programme projected to last until 2023. Among the completed projects, the centrepiece of the programme is the new TBIT which opened in 2013 with new aircraft gates and concourse areas, as well as a large hall for dining and retail amenities.

The largest elements still to come include the landside access modernisation programme (LAMP) which will feature an automated people mover and a consolidated car rental centre. A further major component is the new midfield satellite concourse, of which phase one is due to open with 12 gates and will be located in the central part of the airfield, west of the TBIT.

Officials at the site have stated that the modernisation project is the largest public works programme in city’s history, a feat particularly impressive as it is financed entirely through airport revenues. (Photo Los Angeles World Airports)