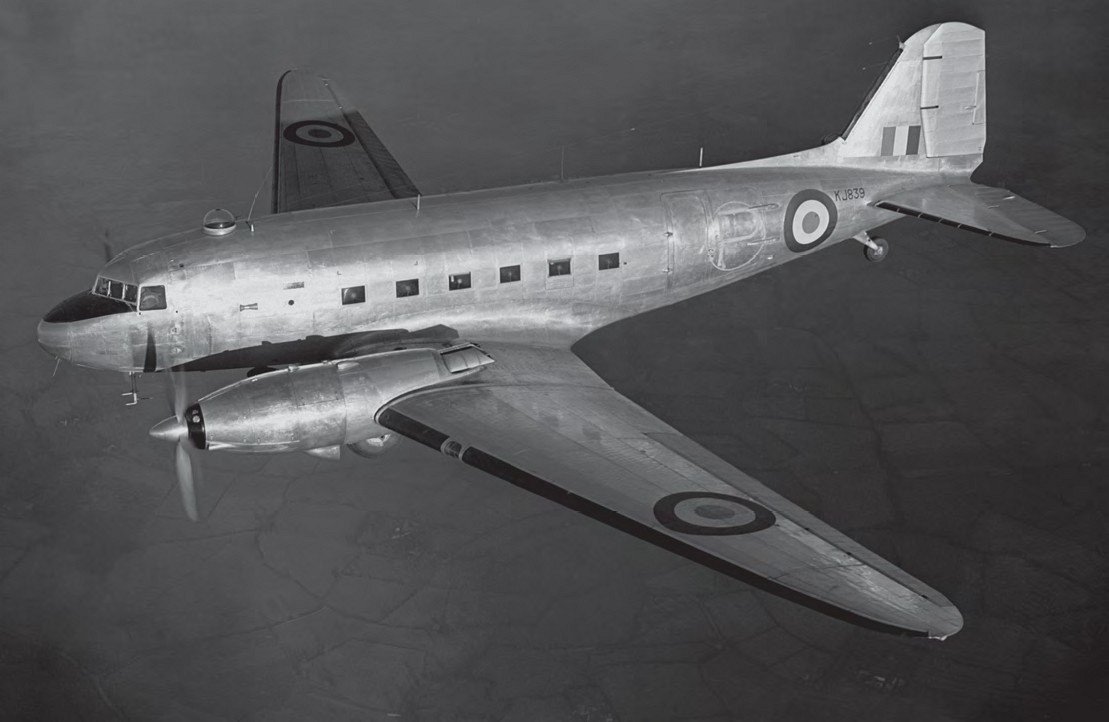 Mamba-engined Dakota IV KJ839 flying from Bitteswell in December 1949. By this stage the jet pipes had been cut down considerably from their original length, but it was still possible to make them even shorter. ALL PHOTOS AEROPLANE

Millions of people have passed it, but very few are aware of its significance. The plinth-mounted Douglas DC-3 that sits alongside Florida’s Interstate 4, by the exit to Kermit Weeks’ Fantasy of Flight facility in Polk City, looks entirely unremarkable. Painted in white with a blue cheatline and the museum’s name emblazoned along the fuselage, it could be any long-retired ‘Gooney Bird’. But this one is special.