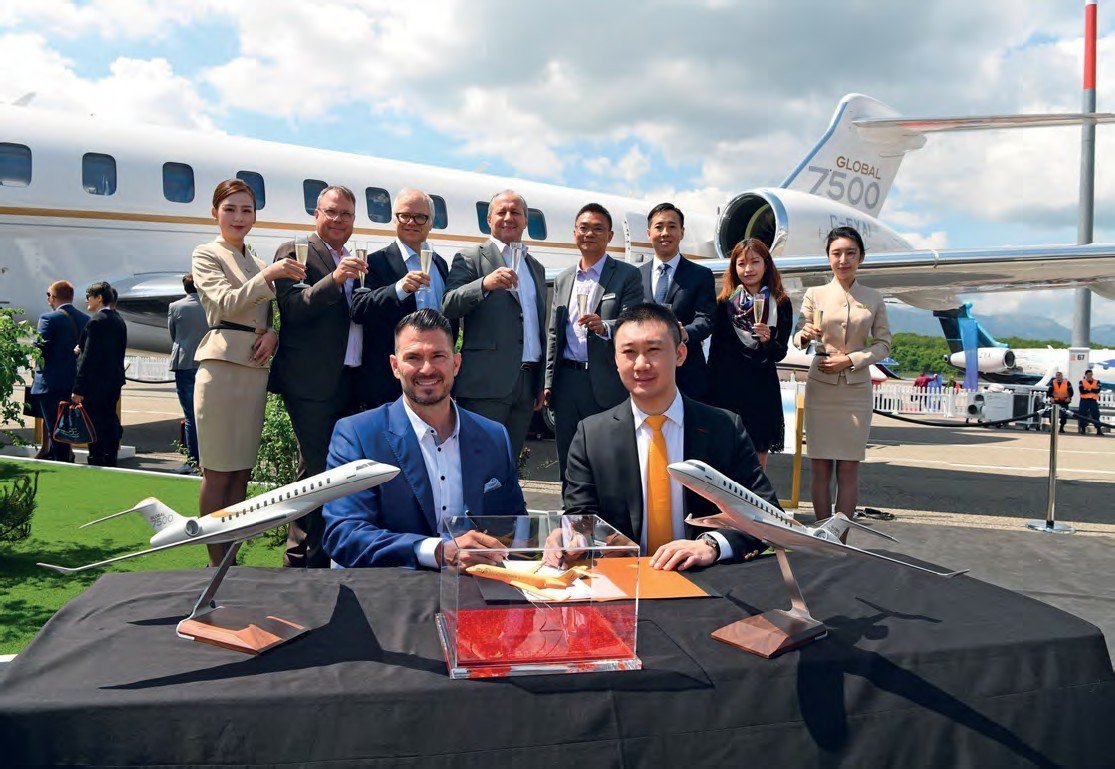 David Coleal, President, Bombardier Aviation and HK Bellawings’ President, YJ Zhang sign the agreement at the EBACE show in Geneva on May 21
Bombardier

On May 7, 2019, the company announced it had sold five Learjet 75 aircraft to an undisclosed customer, in a deal valued at $69 million, based on current list prices.

The worldwide fleet of Learjet aircraft surpassed the 25 million flight hour milestone earlier in 2019 and the Learjet 75, the latest variant of the family which first entered service in 1964, was introduced in 2013.

HK Bellawings president YJ Zhang said: “Today marks a step forward towards our goal of becoming the premier Asian private jet operator. We are very impressed with Bombardier’s Global 7500 aircraft since its entry into service less than six months ago.”

Zhang added: “Its unmatched performance and range is ideally suited for our customers in the greater China region. As the operator that will manage one of the world’s largest fleet of Global 7500 aircraft, HK Bellawings Jet will further expand its business scope and continuously pursue higher goals.

HK Bellawings currently operates a fleet of Bombardier Challenger and Global family aircraft and in May 2018 the company signed an agreement with Bombardier for ‘multiple’ Global 6500 and 7500 aircraft. At the Asian Business Aviation Conference and Exhibition in Shanghai in April 2019, the company also firmed up an order for four Global 7500s.