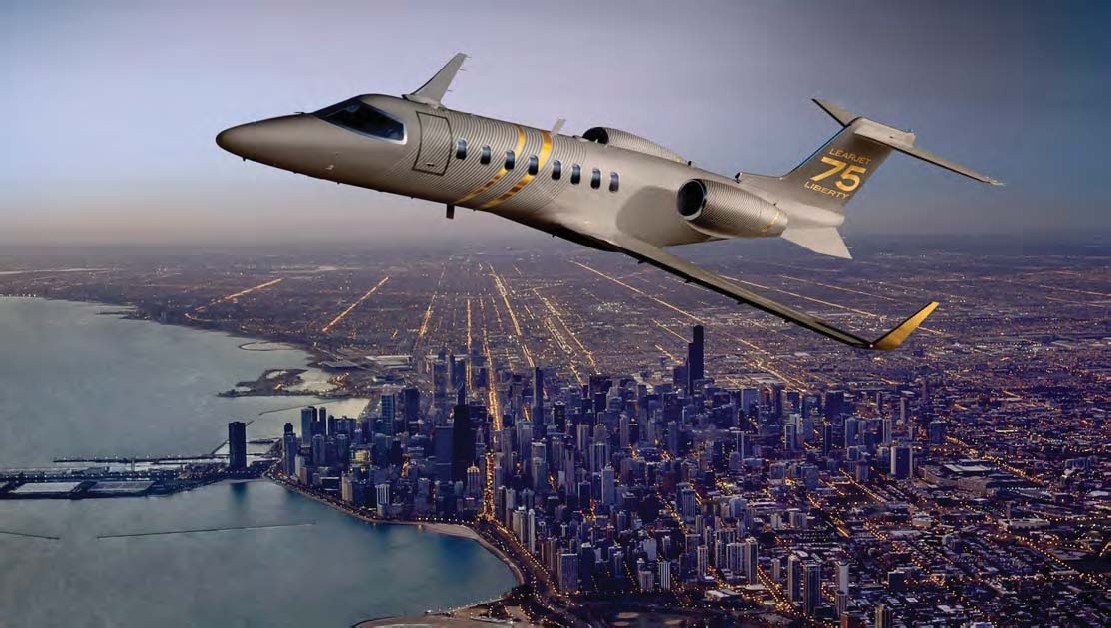 Bombardier has launched a new Learjet variant for the light jet segment of the business aircraft market. The Learjet 75 Liberty will be a six-seat aircraft that, the manufacturer claims, will offer, “the only executive suite in the light jet category, aboard a stunning cabin that delivers the quietest and smoothest ride”. First deliveries are expected in 2020.

Bombardier says the new variant “represents a new frontier” for the Learjet brand by being designed to offer superior performance at the same operating costs as other light jets. It says the aircraft will be the fastest light jet and have 2,080 nautical miles (3,852km) range, enabling the aircraft to fly nonstop routes such as Las Vegas–New York, Seattle–Washington, DC and Mexico City–San Francisco.

The Learjet 75 Liberty aircraft will be certified to Federal Aviation Administration Part 25 regulations and will feature the Bombardier Vision flight deck, including the recently announced Garmin G5000 avionics upgrade. The aircraft will be built at Bombardier’s facility in Wichita, Kansas. Mark Broadbent