Early version of a Tu-2, produced at GAZ.166 in 1942, in characteristic black/green camouflage.
MICHAL SEKULA 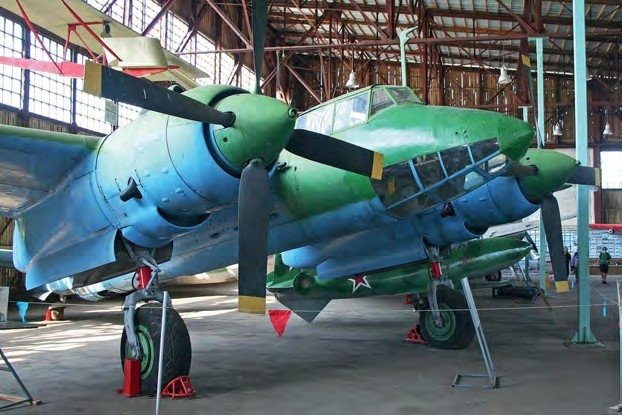 The only preserved Tu-2 in Russia is displayed at the Central Air Force Museum, Monino, Moscow. Just visible to the right of the cowling is the starboard wing root 20mm weapon.
ALAN WILSONWIKIMEDIA

His freedom depended on his next creation. Andrey Nikolayevich Tupolev, that most famous of Soviet aircraft designers, had been arrested by the secret police on October 21, 1937 on trumped-up charges of actions against the state. The fearsome Lavrentiy Beria, head of the NKVD (precursor of the KGB, now the FSB), told Tupolev that if his Tu-2 was successful, he would be freed.