The life of an aviation enthusiast

This week's MyPast feature comes from James Barber, who was brought up surrounded by the RAF and ended up custodian of a USAAF control tower

How did I get into aviation?

Well, I came into it the traditional way; my grandparents served in the war in the RAF. My Grandfather was groundcrew and served in the desert through to northern Italy. My Grandma served with Barrage Balloons before remustering at the end of the war to repaint aircraft. With the interest there and growing up in South Norfolk (with airfields on average every four miles) it was inevitable that aviation was going to feature largely in my childhood. Duxford in particular was the ‘fix’ outlet. I was a regular visitor. It also featured heavily when I worked at John Lewis; I used to test all of the latest cameras at air shows and I would help out with OFMCs Tiger Squadron.

This interest in aviation also led me to other ventures, such as helping out with a local museum, Station 146 Seething Tower. It all started out with small things, tasks such as redesigning the leaflet. Moving on, I took on the huge task of writing and creating the wall displays and before I knew it, I was the chairman! I was in charge of a very well respected and loved historical museum. I had a dedicated and resourceful team of volunteers who looked after everything. 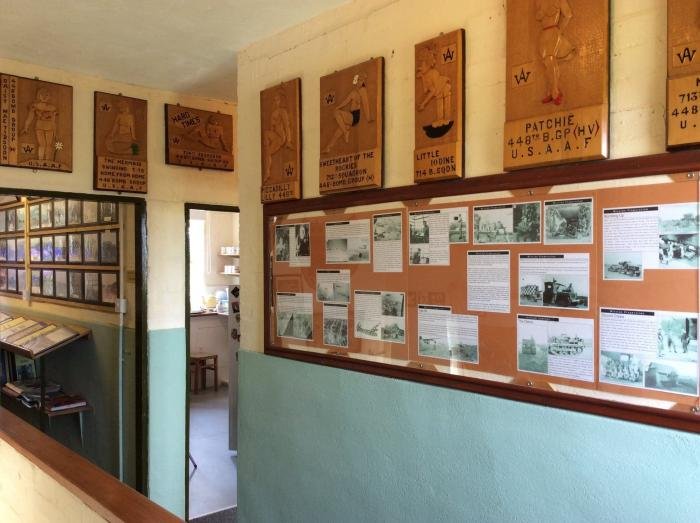 I had to stand down for a while, until in 2019 I was asked to come back to the museum and become chairman again. And so in the last two years I have been behind the rebuilding of a museum that has seen its founder members pass away and other members move on. To help me, I have sought the help of my parents - who originally encouraged my interest in aviation as a young man - and my long suffering wife who has also been very active at Seething Tower. And Me? Well, I might be the chairman, but I prefer to let others take the limelight. I’m the one on open days who doesn’t wear a name badge. I prefer to let the stories at Seething Tower stand out and speak for themselves and to observe the visitors who bring the museum to life. I’m particularly proud of the museums’ magazine as it shows what everyone else does and gives them a chance to tell their stories.