There is now real momentum behind the UK’s F-35 Lightning programme and 2018 will see further key milestones. Alan Warnes spoke with the Lightning Force commander about a pivotal year for the fifth-generation fighter. 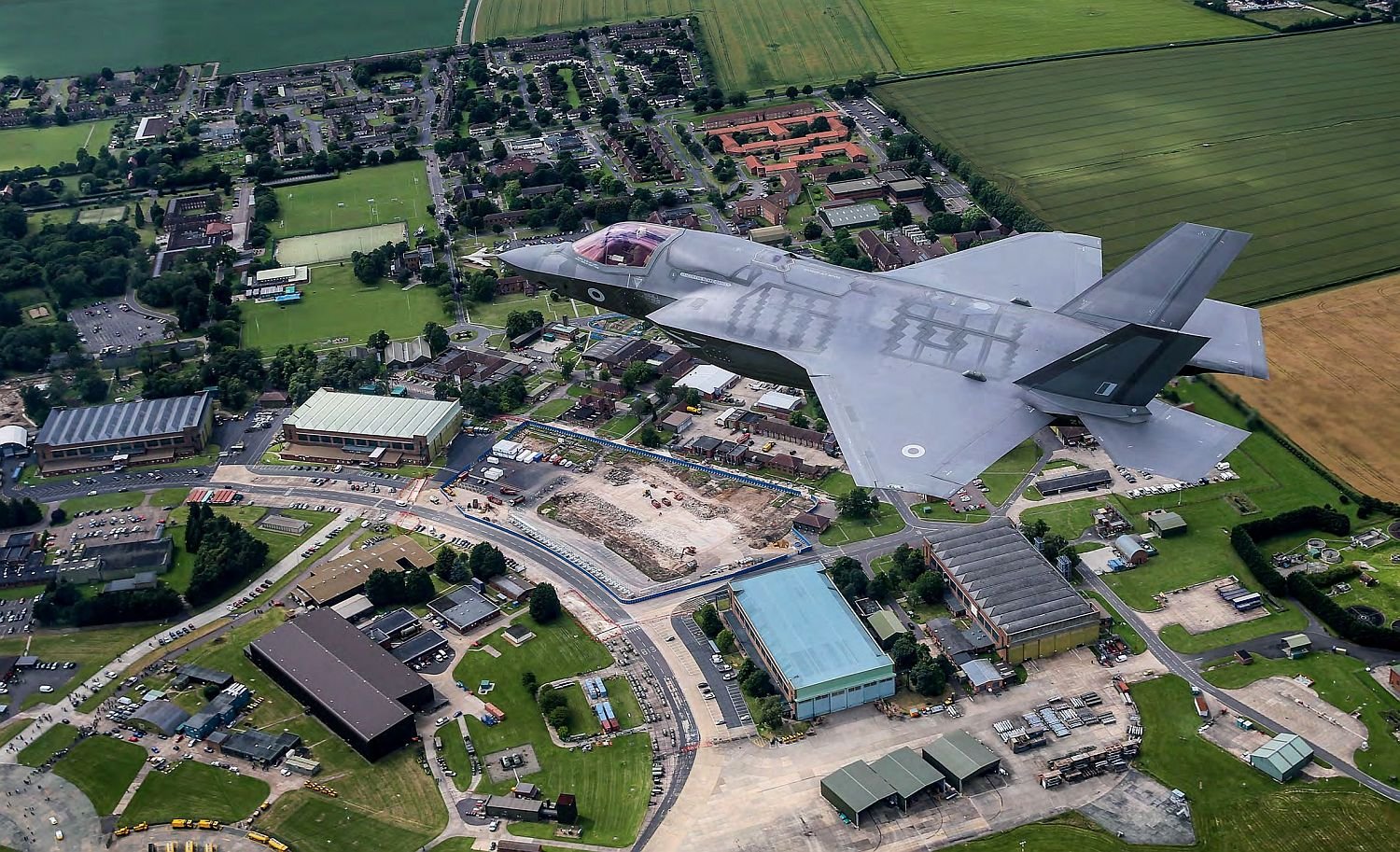 A UK F-35B flies over RAF Marham on July 1, 2016, during the Lightning II’s first visit to the country. The fifth-generation Lightning II will be operated initially by No 617 Squadron, Royal Air Force, and subsequently by 809 Naval Air Squadron, ‘The Immortals’.
Crown Copyright

The Royal Air Force’s No 617 Squadron ‘Dambusters’ will officially stand up on April 17 at Marine Corps Air Station Beaufort, South Carolina. A month later, on May 16, the famous unit will commemorate the 75th anniversary of Operation Chastise, which breached the Möhne and Edersee Dams flooding the Ruhr valley, and damaged the Sorpe Dam. Few of those in the squadron, which is led by Wing Commander John ‘Butch’ Butcher, will have time to come to the UK for the event. Their focus is centred on returning to RAF Marham, Norfolk, in the summer, together with nine of the 11 F-35Bs currently on strength at Beaufort. They will fly transatlantic in two separate trails, with tanker support provided by RAF Voyagers.