It isn’t just the aeronautical industry that has pushed the boundaries of jet flight. Some private operators have, too. Many said it could never be done, but Thunder City’s Lightning four-ship in 2006 showed how the impossible could become reality 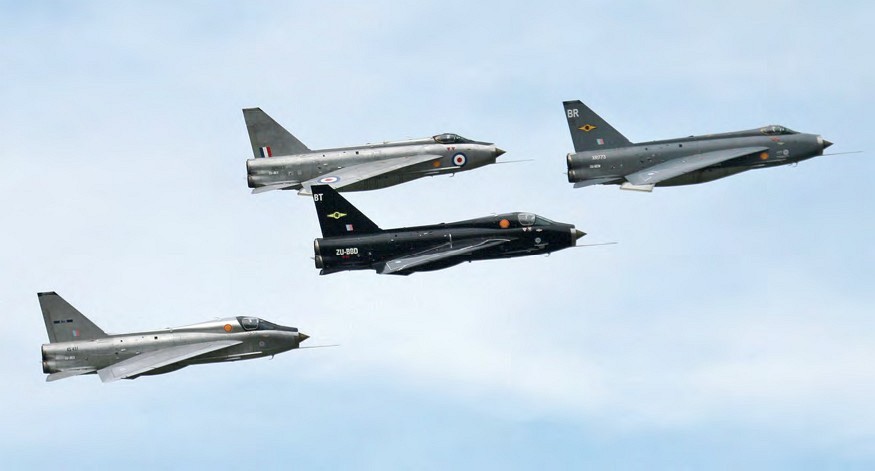 They did it! The first Lightning four-ship to have been mounted since the type’s retirement from RAF service in 1988 curves past the crowd at Ysterplaat.
FRANK DU PLESSIS

It long seemed that owning a Lightning as a private individual was beyond the scope of sense. Deemed too complex to fly on the British register by the CAA, the only prospects for operating the English Electric fighters existed overseas, and even then they appeared distant. However, undaunted by the bureaucratic mountain that faced him, one man always knew that, in the world of aviation, nothing was impossible: South African businessman and pilot Mike Beachy Head. By the mid-2000s his Thunder City set-up at Cape Town International Airport had four Lightnings operational: F6s XP693 and XR773, and T5s XS451 and XS452. It was a remarkable achievement.