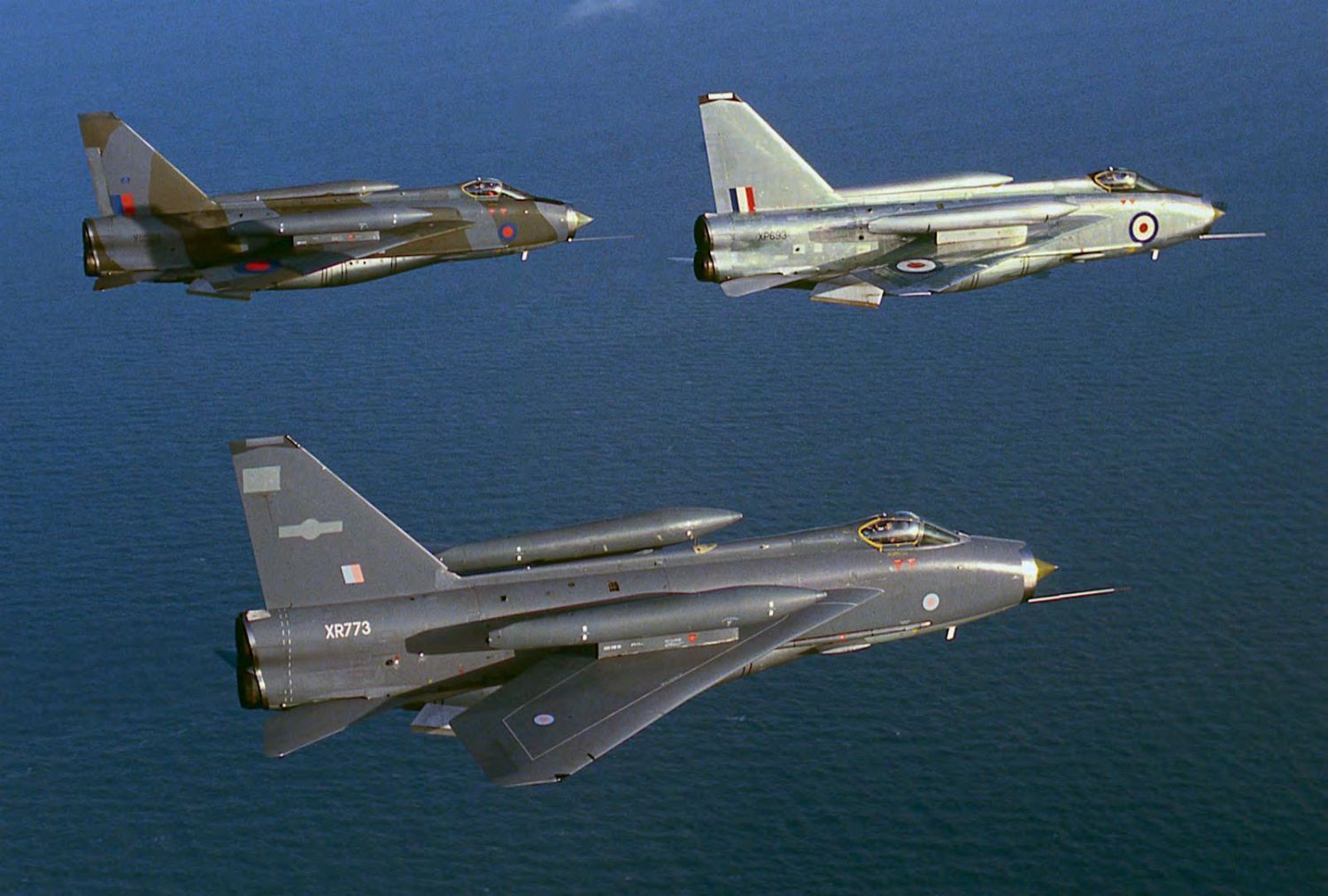 On 16 December 1992, BAe’s three remaining Lightning F6s came together for an air-to-air shoot off the Great Orme. XP693 leads, with XR773 nearest the camera, and XS904 beyond.
IAN BLACK 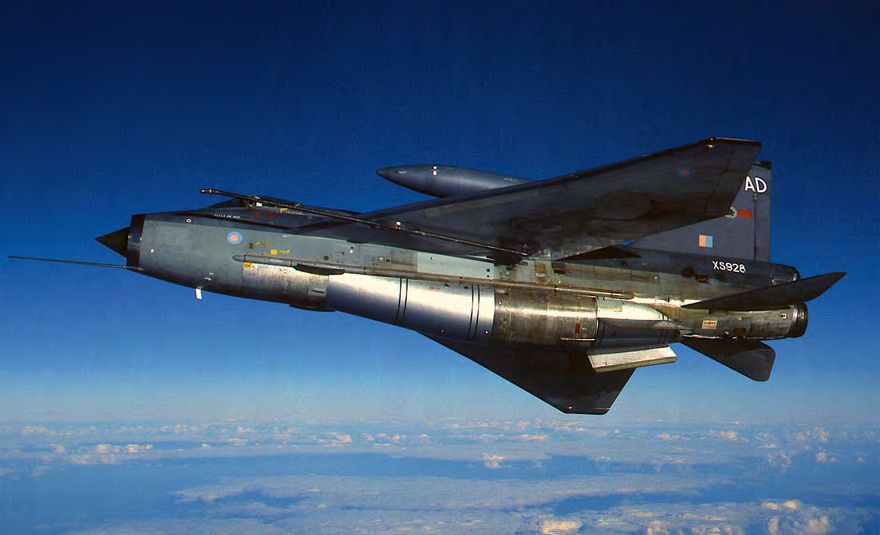 XS928’s career with BAe — by which time the No 5 Squadron markings had been removed — came to an end after discovery of a major airframe crack during servicing.
IAN BLACK 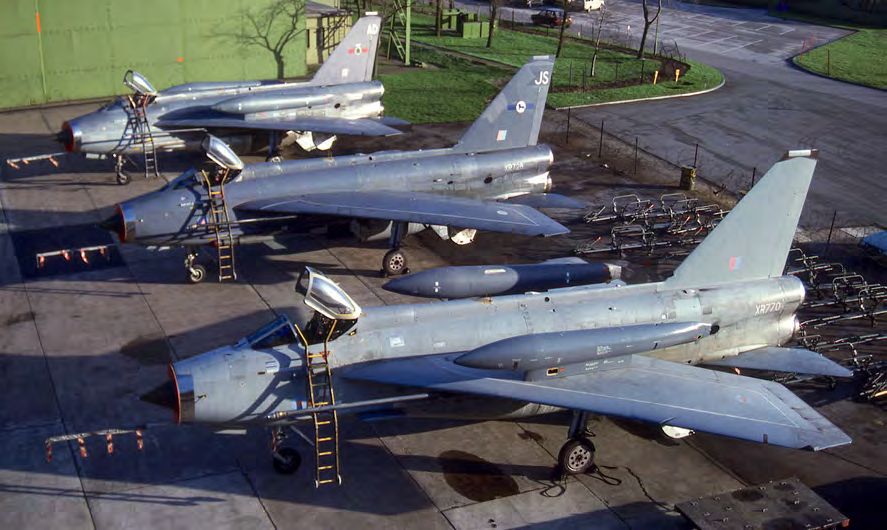 The Lightning’s days were numbered when the new Panavia MRCA (Multi-Role Combat Aircraft) first flew on 14 August 1974, just over 20 years to the day since the English Electric P1A prototype took to the air on 4 August 1954. Within a few years, the prospect of an air defence Tornado saw the RAF reducing its Lightning force to just two squadrons in the UK, both located at Binbrook. However, a couple of airframes had escaped squadron service and alternated between Boscombe Down and Warton on trials. XP693, the original F3 and now a hybrid F6, took up permanent residence at Warton. A further hybrid airframe, XN795, had been rebuilt from its F2 origins to resemble an F2A. It was assigned to assist Tornado development flying, acting as a highspeed chase aircraft and conducting tests of the 27mm Mauser cannon.