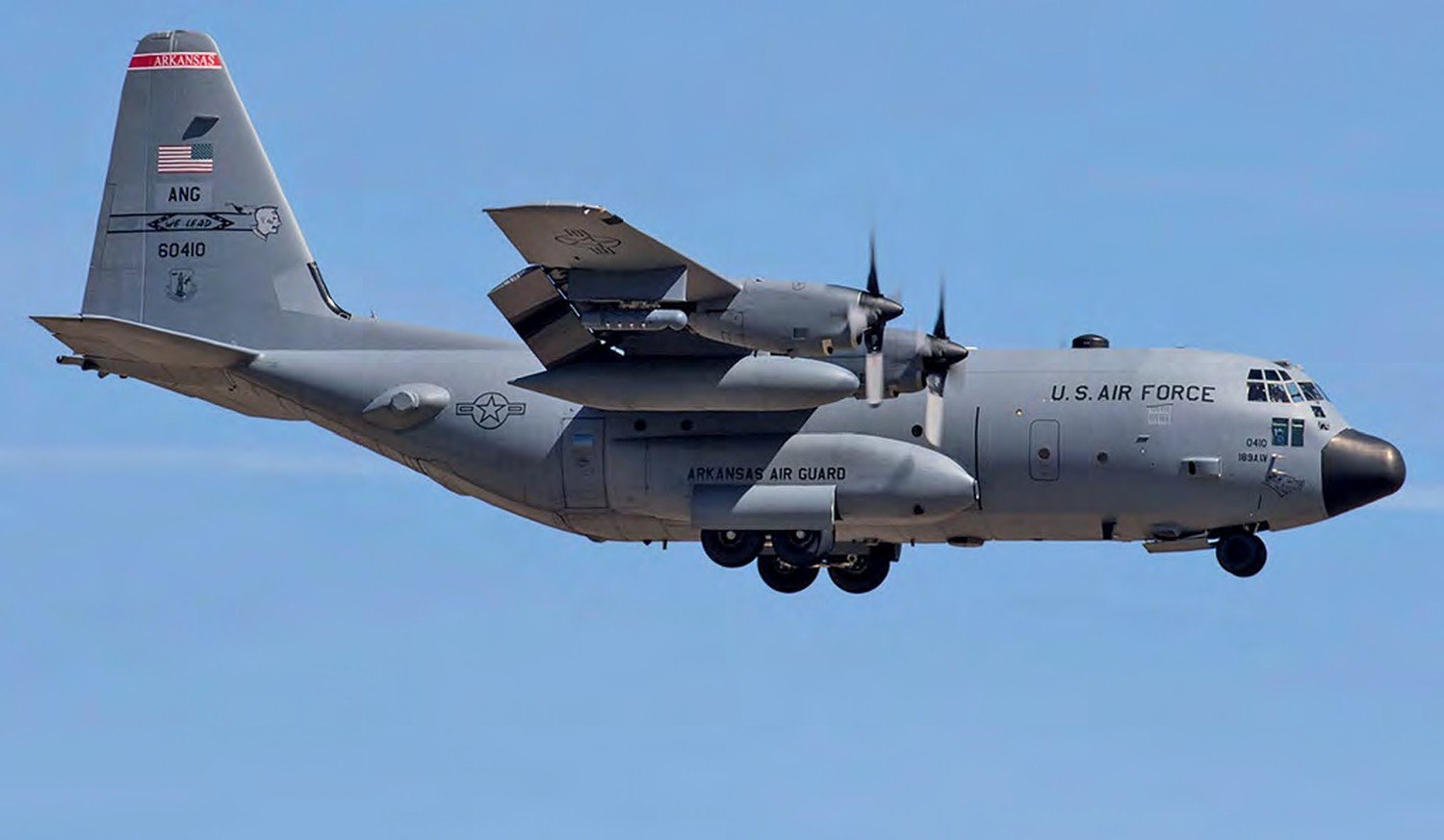 Arkansas Air National Guard’s 189th Airlift Wing based at Little Rock Air Force Base has integrated the AAQ-28 Litening pod on two of its C-130Hs to test the pod’s effectiveness during air drops. Crew utilise the targeting pod for drop zone identification, geocoordinate generation and confirmation, and to track dropped bundles. The Litening pod system is also useful during disasters or a state of emergency, as it allows an orbiting C-130 to acquire critical information for the responders on the ground.