The Finnish Air Force’s operation of the Folland Gnat fighter was not without its problems. Yes, it was an exciting machine, but one that could easily catch out the unwary 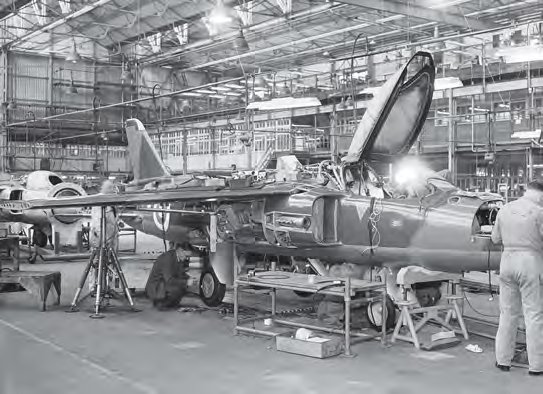 The first Gnat for the Ilmavoimat, GN-101, on the Folland production line at Hamble.
AEROPLANE A row of Gnat fighters at Chilbolton, the Hampshire airfield used by Folland for test flying, is headed by Finnish example GN-107. Between the aircraft destined for the Ilmavoimat are two silver Gnats for the Indian Air Force.
FINNISH AIR FORCE MUSEUM

Finland’s armed forces faced hard times after the Second World War, thanks to the peace treaty dictated by the Soviet Union. The once gallant Finnish Air Force, the Ilmavoimat, became a shadow of its former self. The operation of bombers was prohibited, and the fighter force was shrunk to a maximum of 60 aeroplanes. The remaining Messerschmitt Bf 109Gs were somewhat worn out, and the lack of spare parts meant flying was at a premium. The Ilmavoimat’s last Messerschmitt sortie took place on 13 March 1954.