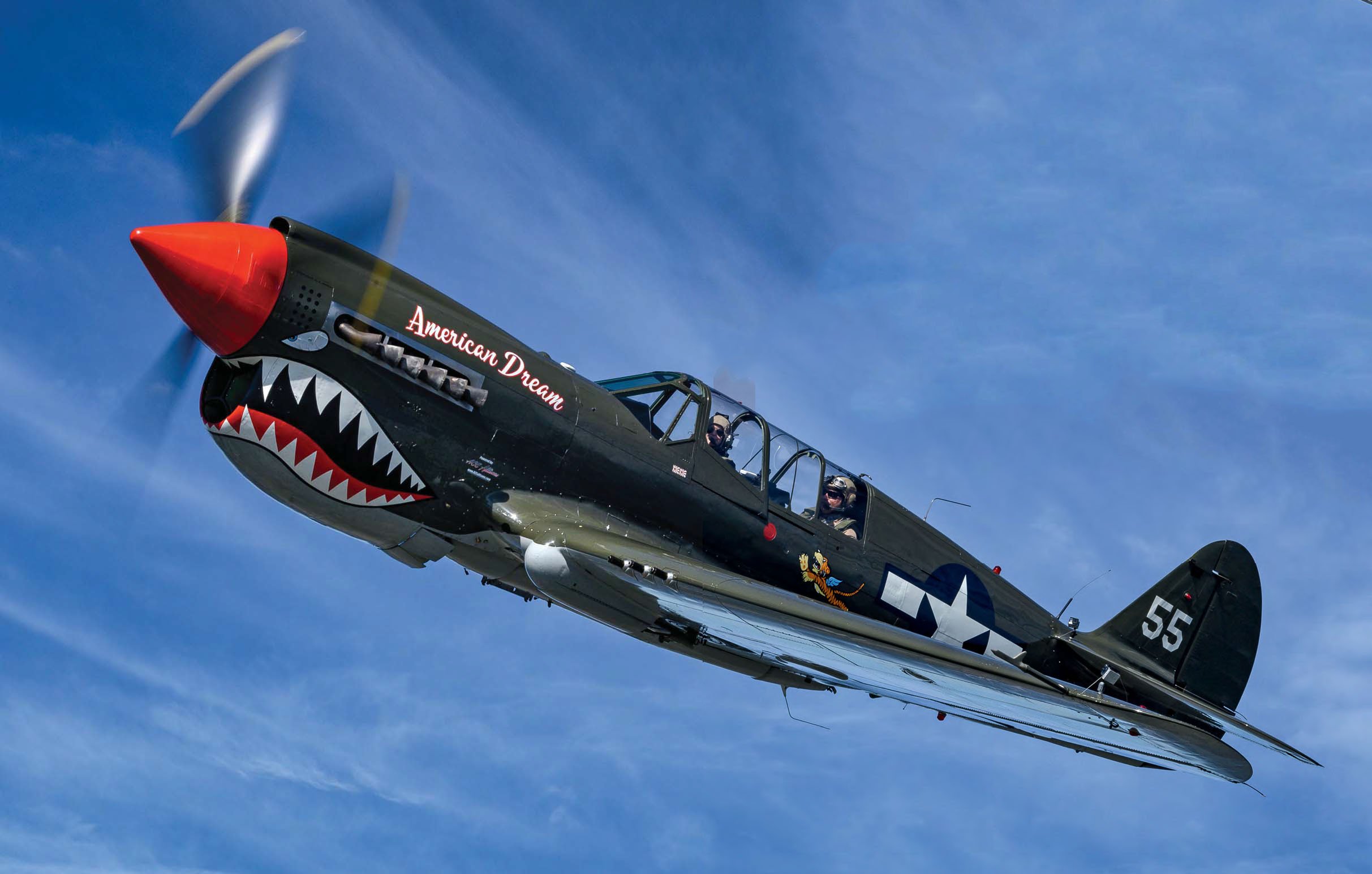 While lacking some of the aerodynamic refinements of later war fighters, the Warhawk is still a dream to fly, according to owner Thom Richard: “It’s very spunky… We don’t have to run it at extreme high power settings to get it to perform.”
ALL JOSÉ M RAMOS UNLESS STATED

Flying has been a lifelong passion for Sweden-born Thom Richard and, like so others, he can remember exactly the day and occasion he was inspired. In 1979, at the age of seven, he came across an article in the Swedish aviation magazine Flygrevyn covering the US National Air Racing Championships in Reno, Nevada. He describes becoming fascinated by the story of “the air race giants like Bob Hoover and Steve Hinton”, as well as the pictorial of the Unlimited racer Red Baron, a heavily modified Rolls-Royce Griffon-powered P-51 Mustang that had set the speed record that year with Hinton at the controls. “I thought that was absolutely the coolest thing I’d seen in my life and decided right then and there that’s what I wanted to do. I wanted to be an air race pilot”, he recalls.