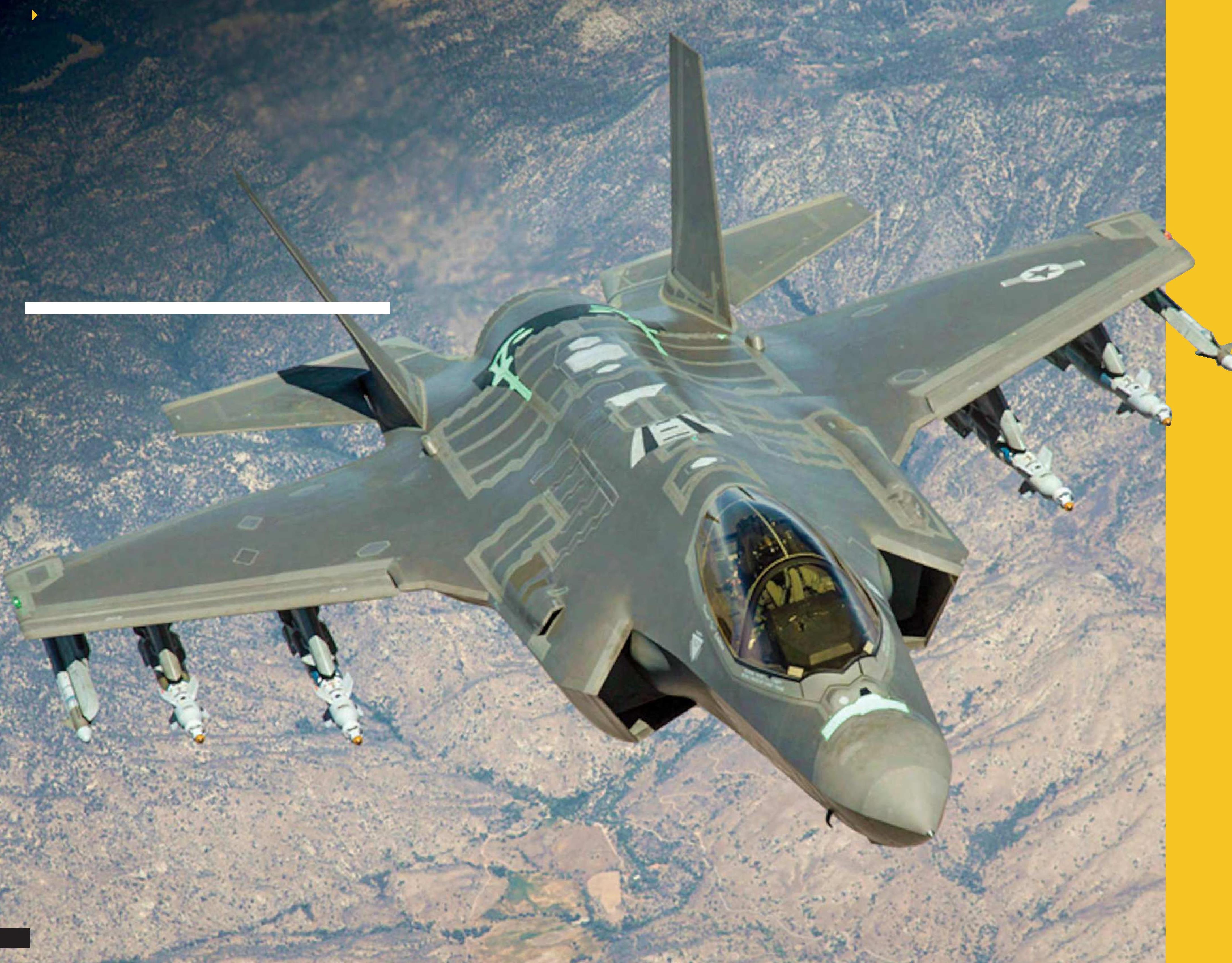 A US Air Force F-35A Lightning II from the 461st Flight Test Squadron at Edwards Air Force Base, California, flies over the Mojave Desert during a test sortie on August 15, 2014
Lockheed Martin/Chad Bellamy

The origins of the iconic F-35 Lightning II can be traced to the Joint Strike Fighter (JSF) program, which itself sprang from two earlier fighter development projects – the Joint Advanced Strike Technology (JAST) and Common Affordable Lightweight Fighter (CALF) programs, which later merged under the JAST name. This then evolved into the JSF program, which was ultimately narrowed down to two competing designs – the Boeing X-32 and Lockheed Martin X-35. On November 16, 1996, the two manufacturers were awarded contracts to produce two prototypes able to demonstrate conventional take-off and landing (CTOL), carrier take-off and landing (CV) and short takeoff and vertical landing (STOVL) operations.