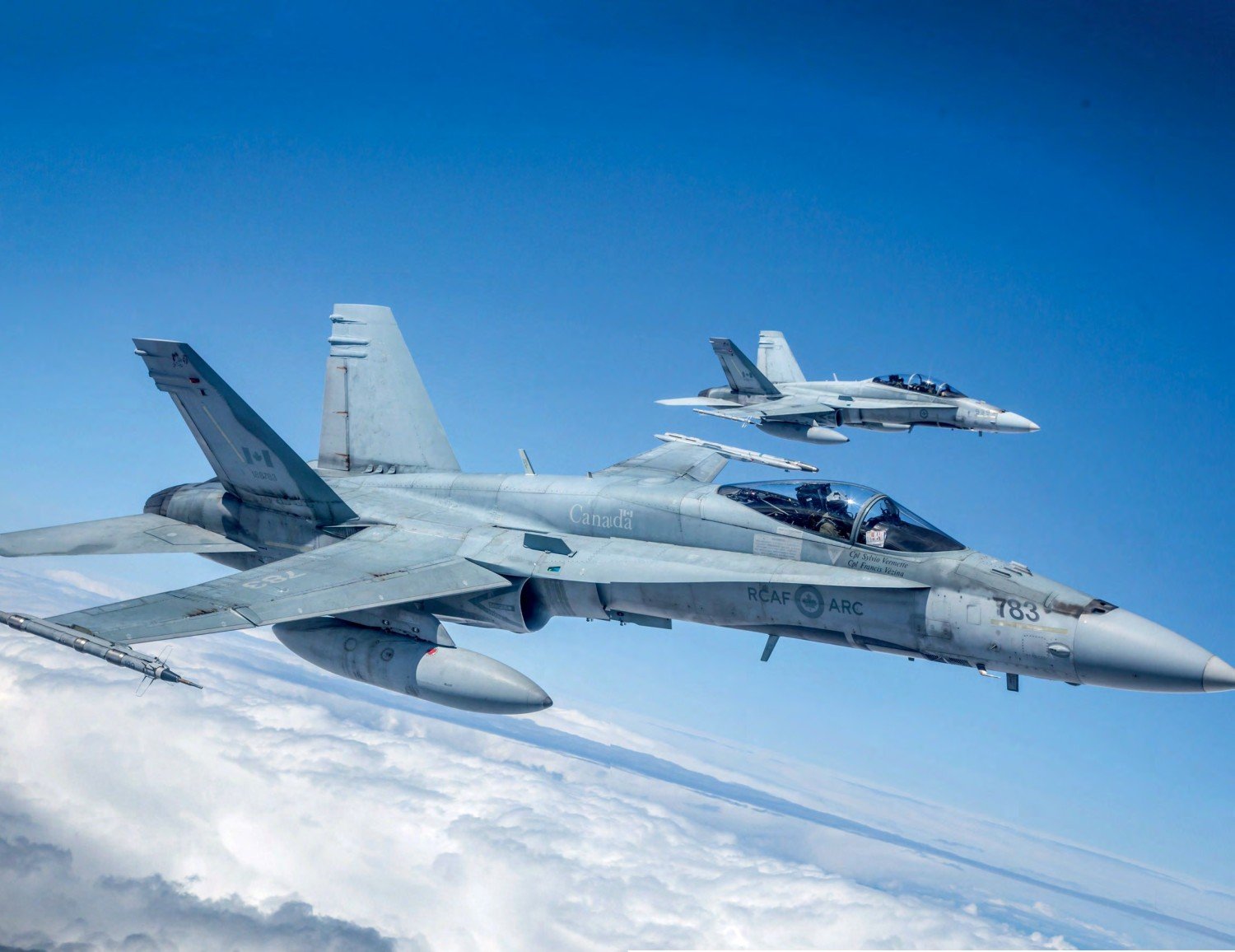 Two CF-188s on patrol over central Iceland. Intercept controllers for the CF-188s were provided by the Combined Air Operations Centre in Uedem, Germany. Crew from the 21st Aerospace Control and Warning Squadron and 22 Wing worked closely with the Icelandic Coast Guard to ensure mission execution and accurate transfer of information between ATF-Iceland and the CAOC in Uedem.
All photos Martin Scharenborg and Ramon Wenink

It is a rainy and windy day at Keflavík Airport when suddenly the alarm sounds in the old 57th Fighter Squadron shelter area. Canadian aircrews dash to their Hornets and within minutes two aircraft roll to the active runway for a so-called ‘Tango scramble’. This is a typical scene from Operation Reassurance/Air Task Force-Iceland, which took place between May 11 and June 19.