In for the long haul 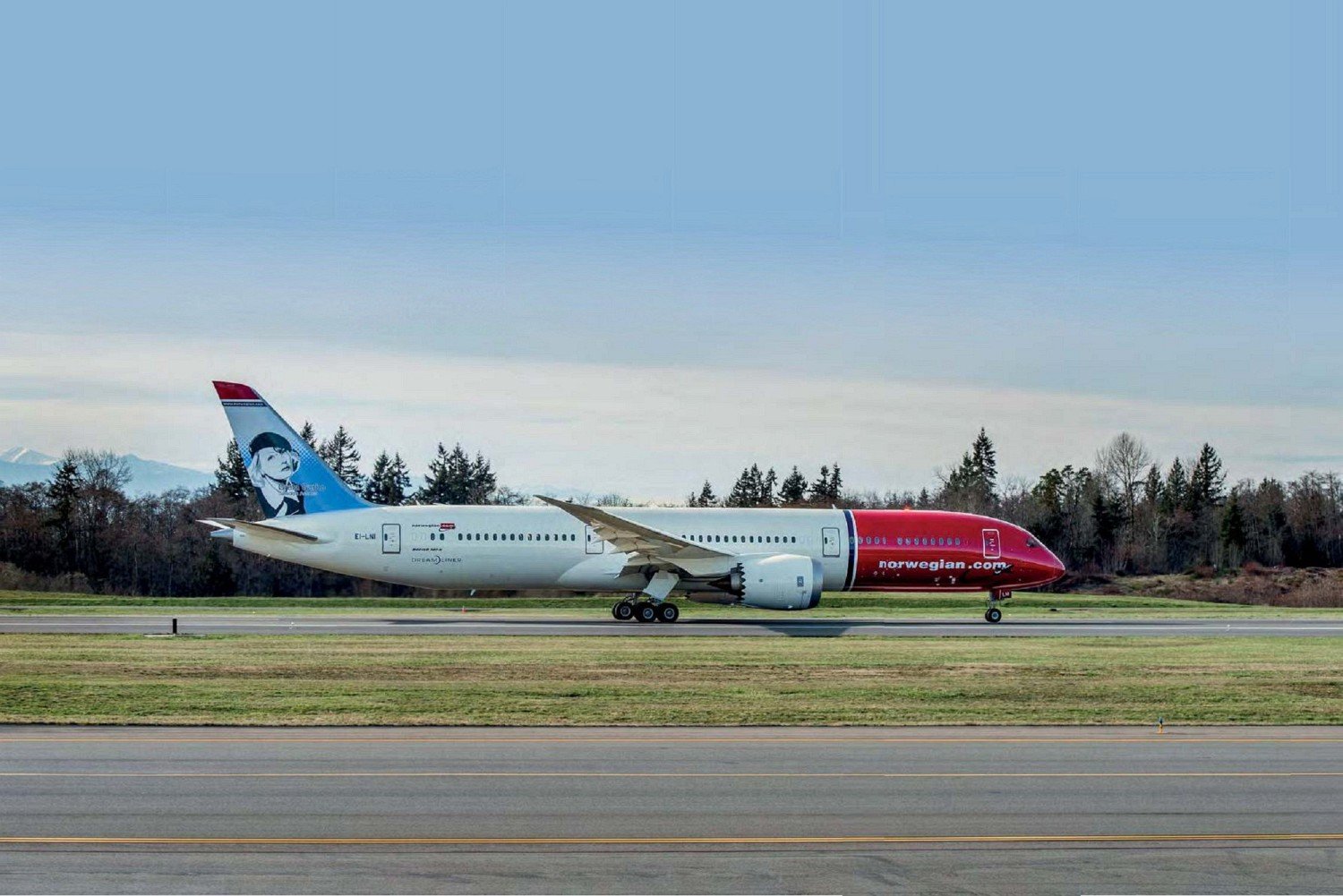 Boeing 787-9s are used by Norwegian, one of many airlines offering low-cost long-haul services.
Boeing

RECENT TESTIMONY to the growing prevalence of lowcost long-haul air travel was the staging in Seville early in October 2018 of the first conference specifically dedicated to the segment, imaginatively titled the Low- Cost Long-Haul Global Summit.

Speaking to CAPA during the summit, Level’s Chief Executive Officer Vincent Hodder said: “It’s not exactly completely new, but the history of those discussions really started out with a lot of negativity: ‘it’s never gonna work; there’s no way to make this happen; there’s no demand for it.’ Over time, that’s changed.

Different people have come into and have expanded on that business. We’ve learned new lessons about what works and what doesn’t.”

The trend isn’t slowing. Canadian low-cost carrier WestJet, which already operates Boeing 737s to several European destinations from Halifax and St John’s, will put its first three Boeing 787-9 Dreamliners on to new routes from Calgary to London Gatwick, Paris CDG and Dublin in 2019. WestJet has ten 787-9s on order and options on ten more.

In February 2018, Norwegian, an established 787 operator, started flights between Europe and South America (a route from Gatwick to Buenos Aires). It is reportedly looking at starting a Gatwick–Rio de Janeiro flight next year and possibly services to South America from southern Europe.

Another sign of low-cost long-haul’s growth is the growing number of widebody aircraft in operation by low-cost carriers in the Asia-Pacific region, which CAPA predicts will soon surpass 100 jets and expand to 200 jets over the next decade. AirAsia X, the long-haul arm of the AirAsia Group, has this year firmed an order for new Airbus A330- 900neos. The carrier is also considering a return to Europe, which it previously served from 2009 to 2012.

Further testimony to the sector’s growth is the response from some established network airlines, traditionally, of course, the main providers of long-haul air travel.

In an example of the truism ‘If you can’t beat them, join them’, several legacy carriers have entered the market: Qantas with Jetstar, SIA Group with Scoot, Air Canada with Rouge, Lufthansa Group with Eurowings long-haul, International Airlines Group (IAG) with Level and Air France-KLM Group with Joon.

Level’s success led IAG in 2018 to open a second base for the carrier at Paris-Orly (its first base was Barcelona). Further growth is planned, Hodder told CAPA: “I don’t want to let too much out of the bag too early, and we do have a period of consolidation over the next 12 months …but longer term, we’ve got a fairly ambitious and aggressive approach to how we want to scale and grow the business.” Network airlines are additionally taking on low-cost long-haul by using established brands. IAG, for instance, is strengthening Aer Lingus’ presence over the Atlantic.

Next year, the Irish carrier (due to reveal a new brand identity early in 2019, its first livery change for more than 20 years) will start daily flights from Dublin to Minneapolis- St Paul and Montreal, taking to 17 the number of transatlantic routes it serves.

Aer Lingus will be an early operator of the Airbus A321LR, the new longer-range variant of the A321neo (4,000 nautical miles/7,408km range compared to a standard A321neo’s 3,675 nautical miles/6,806km capability), which Airbus has optimised for serving midsize-capacity routes between major hubs and secondary destinations: exactly the type of markets served by lowcost long-haul carriers.

As CAPA noted: “The new longhaul narrowbodies are opening up vast new opportunities for airlines and they’ll be entering the fleets of airlines around the world in large numbers in the coming years. The implications are profound, touching the entire travel value chain from airports to accommodation, ground transportation, distribution/ payment and technology and even corporate travel.”

Rich pickings in low-cost long-haul are not always assured, however. The Danish carrier Primera Air started flights from London Stansted, Birmingham and Paris CDG to New York Newark and Boston-Logan using wetleased aircraft and had ambitious plans to further expand its longhaul network with A321LRs and Boeing 737 MAXs. The airline entered administration in October 2018, saying delivery delays of the new aircraft and costs incurred by leasing equipment to maintain flight schedules were key factors in its closure.

Another key factor in the success or failure of low-cost long haul is passenger feed. A healthy, sustained flow of traffic is of course a crucial issue for most airlines, but it is especially so for carriers serving niche routes affected by external factors such as economic ups and downs and seasonal travel patterns.

The operators that have made a relative success of low-cost longhaul, like Jetstar, AirAsia X and Scoot, each benefit from the feed at their major hubs.

In this respect, it is interesting how Norwegian and WestJet have both signed up to Worldwide by easyJet, a booking platform enabling partner airlines to facilitate transfers to and from one another. Both carriers clearly recognise the importance of maximising passenger flows into their networks to give them a chance in the long-haul market for the long term. Mark Broadbent