Antonio Prlenda concludes his overview of the Croatian Air Force with an assessment of its training programme, firefighting fleet and prospects for the future. 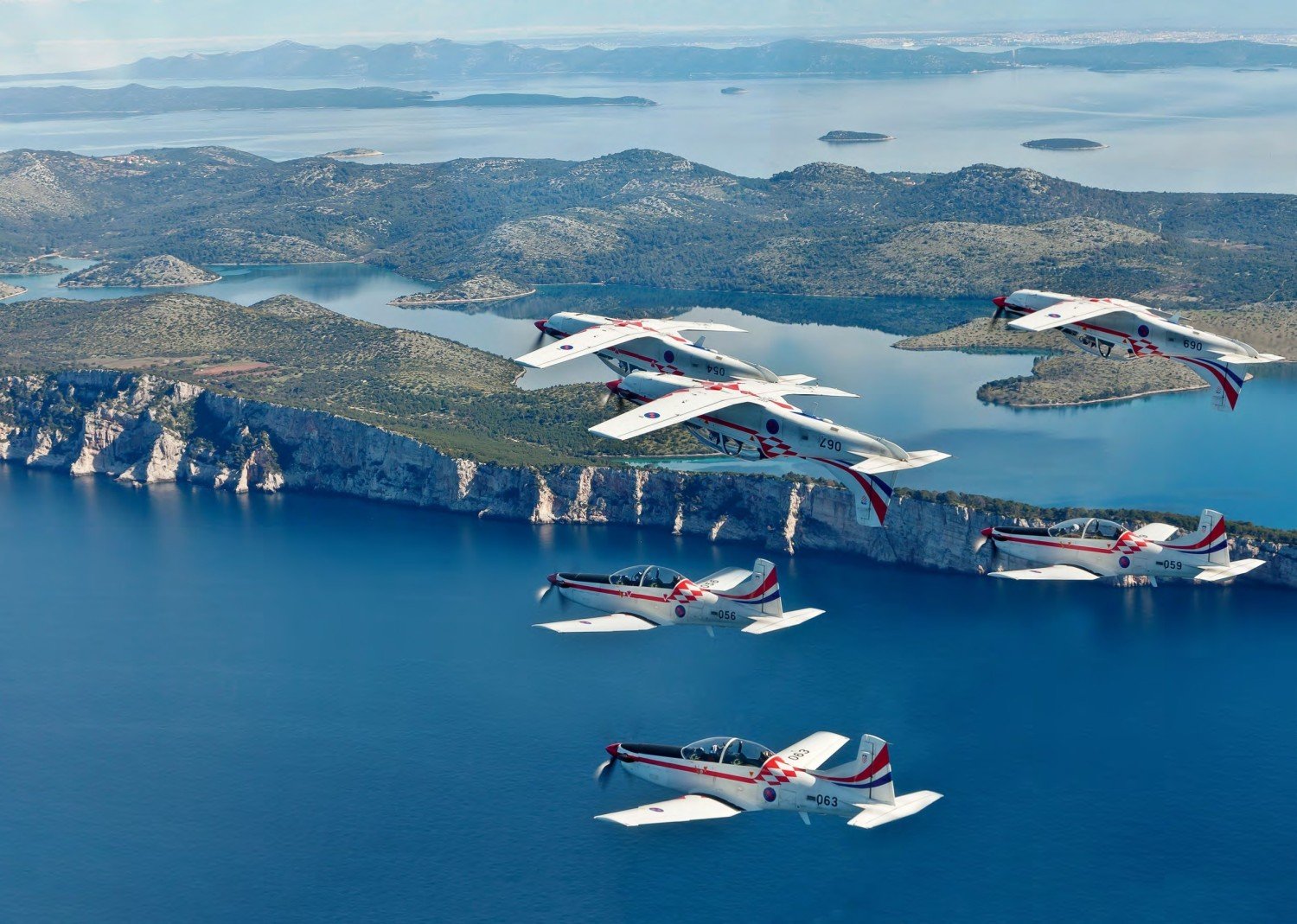 The Krila Oluje display team is an ambassador for the Croatian Air Force abroad and conducts its training over some of Europe’s most spectacular scenery. The aerobatic programme incorporates six PC-9M turboprop trainers.
Darko Belančić 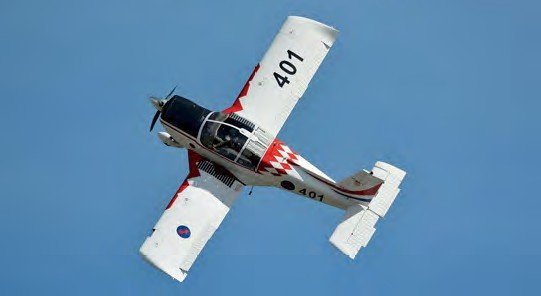 Five diminutive Zlin Z 242L twoseaters are used for pilot screening and basic training at Zemunik. The aircraft, which are capable of aerobatics, serve alongside the Pilatus PC-9M with the Eskadrila aviona.
Jadranko Ećimović

The capabilities of the small but effective Hrvatsko ratno zrakoplovstvo (HRZ, Croatian Air Force) rest upon high standards of pilot training, which takes place at Zemunik near Zadar, on the Dalmatian coast. The Zadar area offers ideal conditions for pilot education, with 300 days of sun each year, while Zemunik air base has two runways angled at 90° to each other, enabling student pilots to experience different conditions. The 1st Pilot School was established at Zadar in 1945 with guidance from the British Royal Air Force. In the coming decades it served as the cradle of military aviation in the region.