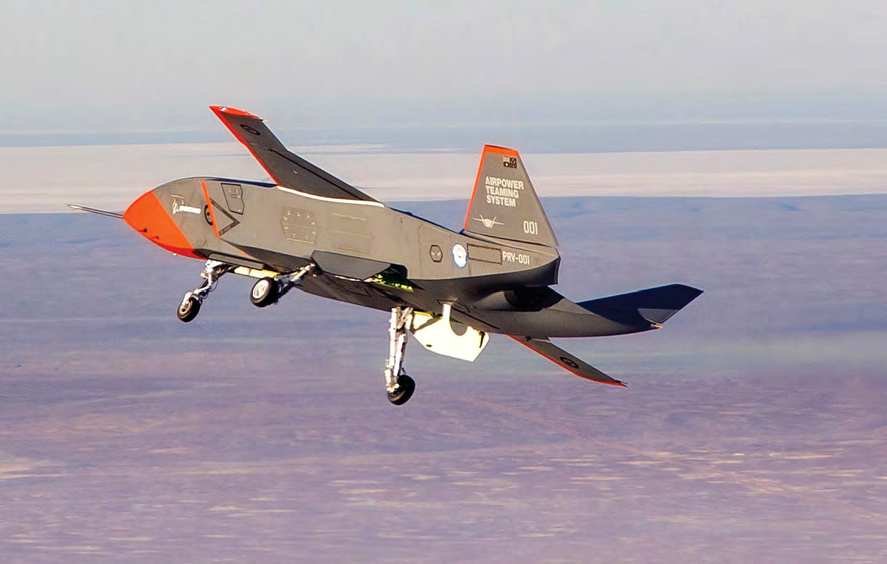 BOEING DEFENCE Australia and the Royal Australian Air Force (RAAF) have successfully completed the first test flight of the Airpower Teaming System (ATS) Loyal Wingman uncrewed aircraft. The prototype, PRV-001, took to the air for its maiden flight on February 27. The sortie was carried out under the supervision of a Boeing test pilot monitoring the aircraft from a ground control station at the RAAF’s remote Woomera Range Complex in South Australia.

Following a series of taxi tests validating ground handling, navigation and control, plus pilot interface, the aircraft completed a successful take-off under its own power before flying a pre-determined route at different speeds and altitudes to verify flight functionality and demonstrate the performance of the ATS design.