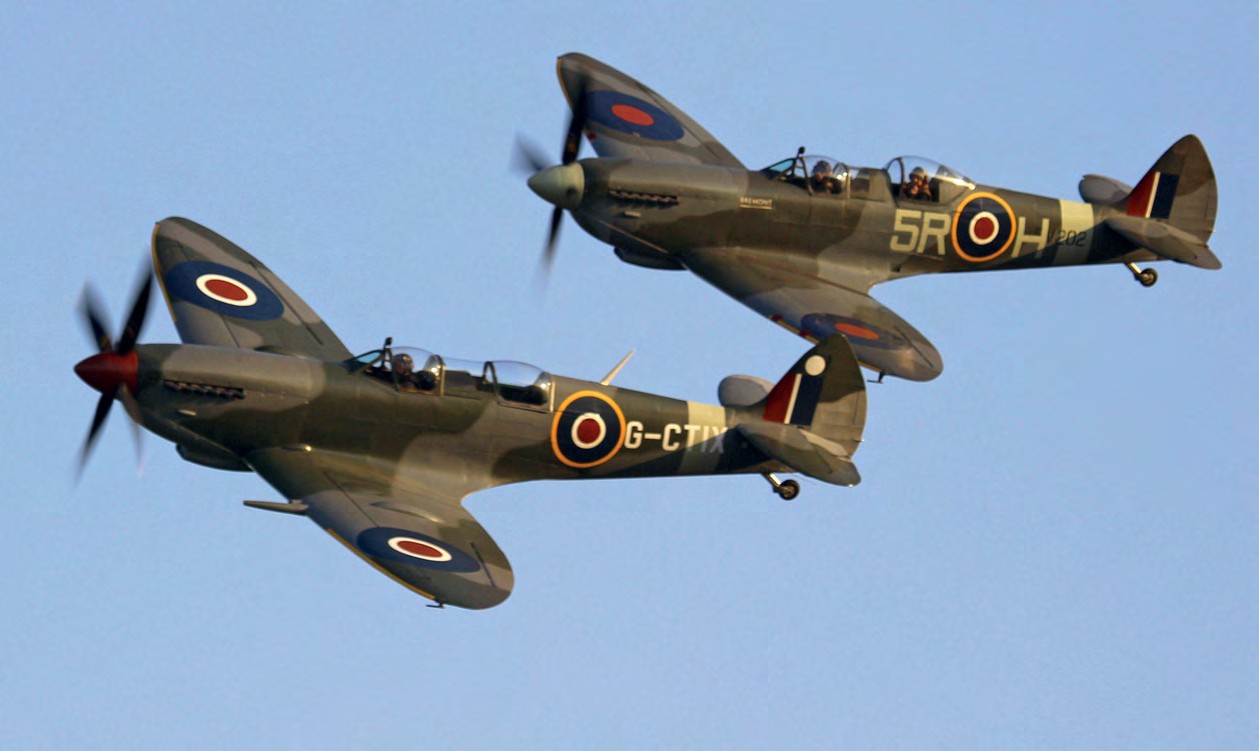 Carrying registration G-CTIX for the ferry flight, Spitfire IXT PT462 arrives back at Duxford from Oxford on 22 February, accompanied by PV202. Note the late-war roundels on the wings, as originally seen on the aircraft while it was operating in Italy during April 1945. COL POPE

Supermarine Spitfire IXT PT462/G-CTIX arrived back at Duxford in the hands of John Romain on the evening on 22 February from Oxford Airport, where it had been stripped back to bare metal for a repaint by Flying Colours. Formerly owned by Anthony Hodgson and based in Towyn, mid-Wales, the two-seater had previously worn an ‘unusual’ gloss camouflage scheme. Finishing touches to the new scheme on ‘462, which is registered to Propshop Ltd at Duxford, will now by undertaken by Col Pope of the Aircraft Restoration Company. 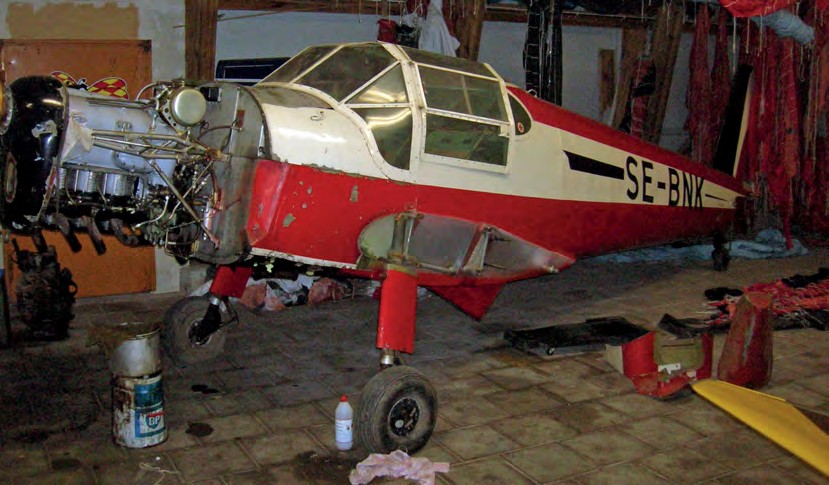 The fuselage of Bü 181B-1 Bestmann SE-BNK at Vallentuna, where a rebuild to fly will soon begin. JAN FORSGREN INSET: The Bestmann at Grönskåra, eastern Sweden, following the heavy landing with Hermann Butz at the controls on 25 May 1945. VIA JAN FORSGREN 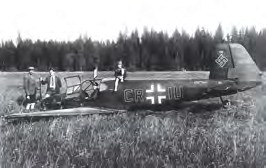 Following acquisition by well-known Swedish historic aircraft enthusiast Joakim Westh in late 2017, Bücker Bü 181B-1 Bestmann SE-BNK was recently roaded from Sundbro airfield north of Uppsala to Vallentuna in Stockholm County, where a rebuild to fly will shortly get under way. The trainer last flew in 1969 and has only 270 hours on the airframe since new. Westh intends to restore the Bü 181 in Luftwaffe colours.

The machine, Werknummer 502108, served with Luftkriegsschule 2 (Air War College 2) based at Berlin- Gatow, where it was used for primary flight training, wearing the codes CR+IU. Although all German aircraft were grounded following the end of the war on 8 May 1945, a civilian flying instructor, Hermann Butz, managed to take off from Neunkirchen on 25 May 1945 in the Bestmann, heading for Sweden. Butz landed at Grönskåra, collapsing the undercarriage, the aircraft becoming the last of four Bü 181s to be interned in the country. Butz’s wife, who had Swedish ancestry, had already arrived in Sweden on 30 April. Butz was allowed to remain in Sweden, but committed suicide in December 1947.

The aircraft was handed over to the Soviet authorities in August 1945, but was to stay in Sweden, seeing use with the Soviet Legation in Stockholm for flight training. In April 1947 it was disposed of to the Swedish company AB Ahrenbergsflyg. Damaged in a hangar fire at Bromma on 9 April 1947, it was sold to AB Albin Ahrenberg at Lindarängen, Stockholm.