The performance advantages of the Luftwaffe jets were huge, but came too late 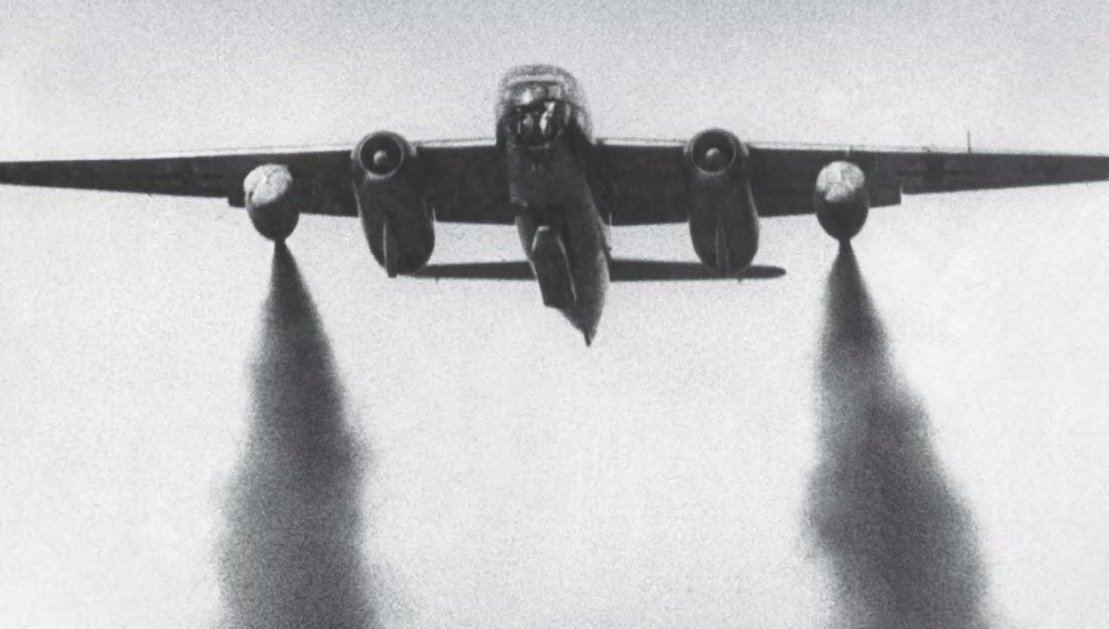 An Ar 234B-2 bomber climbs out, its two Jumo 004s augmented by a pair of jettisonable rocket-assisted takeoff units used to improve the Arado’s performance on departure when heavily laden.
KEY COLLECTION

The only jet engines to see active German service during the Second World War were the Jumo 004, mostly the B-4 version, and the BMW 003, the majority in E-1 and E-2 variants. Of the two, the BMW was the more advanced. Despite developing similar power to the Jumo engine, it was a lighter, more compact unit, used a smaller amount of strategic metals, and had better turbine and combustion chamber life. On the other hand, as it entered series production some nine months later than the Jumo 004, it was produced in much smaller numbers.