On March 9 1935, Germany announced the formation of the Luftwaffe, going against the Treaty of Versailles. So what were the most popular fighters of the Luftwaffe from the time of its establishment in 1935 to its insolvency in 1946?

The rearmament of Germany was one of the main catalysts of World War II. Within this, the country’s air force, the Luftwaffe, was to be one of the largest that Europe would see. With a total production number of 119,871 aircraft, there were some that shone brighter than others in terms of performance, speed and capabilities – especially when it came to fighters. But what where these fighters? 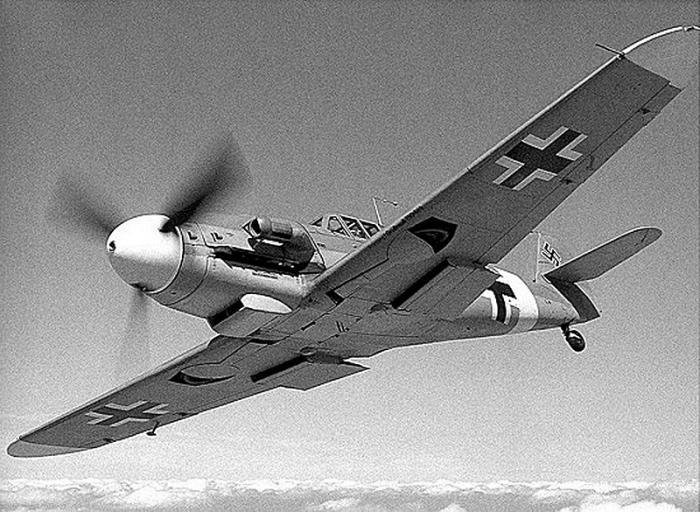 The Messerschmitt Bf-109 is widely known to be the most successful – and highest produced - fighter to fly for the Luftwaffe in World War II. Often pitched against Spitfires and Hurricanes, it was understandably the most comparable in terms of role and performance, especially to the former.

The 109 formed the backbone of the Luftwaffe’s fighter force, with over 33,000 seeing service on all European fronts. Much like the Spitfire, many variants of the 109 were produced and some more than others featured heavily in certain important areas of the European theatre of war. Specifically, Bf-109Es were strongly involved in the Battle of Britain alongside their Spitfire adversaries.

The main design features of the Messerschmitt Bf-109 centred around the all-important Messerschmitt ‘lightweight construction’ principle. Through this, the designers aimed to construct the aeroplane from as few separate parts as possible. This was just one of the many design elements that made the Bf-109 so affective in its performance. Other elements included the positioning of the landing gear and the small rudder.

Similarly to the Spitfire, however, the 109’s nose pitch on the ground was so high due to its long undercarriage legs that when taxiing it was almost impossible to see, causing the pilot to do so in such a way that a great deal more pressure was imposed upon the main frame. Sometimes, ground accidents would occur because of this poor element of design. Astonishingly, it has been claimed that up to 10% of Bf-109s were in fact lost in taking off and landing. Messerschmitt attempted to alleviate the issue in later models with the installation of a fixed ‘tall’ tail wheel.

Of the total 119,871 aircraft produced and manufactured by the Luftwaffe, 33,984 of these were Messerschmitt Bf-109s. The numbers entirely showed the effectiveness and genuine belief that the Germans had in the aeroplane. 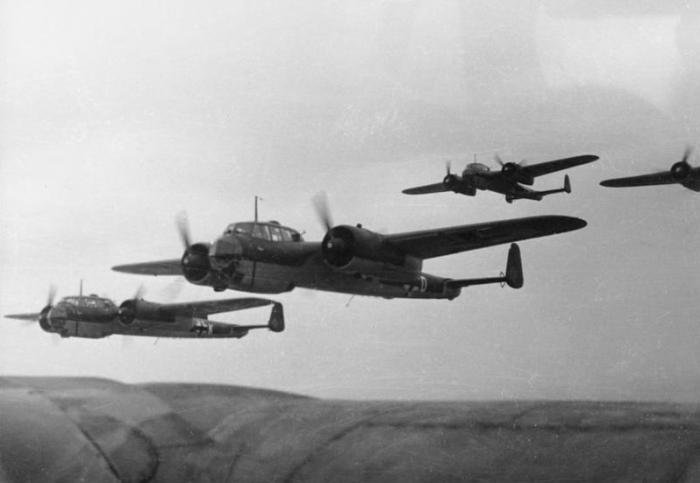 As is the same with many aeroplanes designed with a specific function in mind, the Dornier Do 17 did not stick to its original plan. Designed to perform as a bomber, it was found that the Do 17 (or ‘Flying Pencil’ as it was referred to by those who worked with it) was in fact more capable of succeeding under the function of night fighter.

Due to its size, the Do 17 was able to carry more of the equipment needed to navigate the skies under the cloak of darkness. It had the huge advantage of speed on its side too, more poignantly at the beginning of its time in active service. Although the Do 17 didn’t see its way through the entirety of World War II due to developing technologies which allowed for superior aircraft performance, its total production number ran to a staggering 2,000.

As a result of the Spanish Civil war (during which the Dornier Do 17 was involved in its first conflict), some elements of the original design for the aeroplane were changed. Most notably was the raising of the cockpit roof. The purpose of the change was to create a new pod-like cockpit was designed to give the crew more room and better visibility, which thus far through the course of the Spanish Civil War had been extremely poor. It also gave the crew more room in general within the cockpit, whose design was consequently nicknamed ‘battle head’.

The incredible thing surrounding the Dornier Do 17 was its beloved status among the crews that flew with it. However, by 1940 it was already beginning to be outperformed by newer aeroplanes. 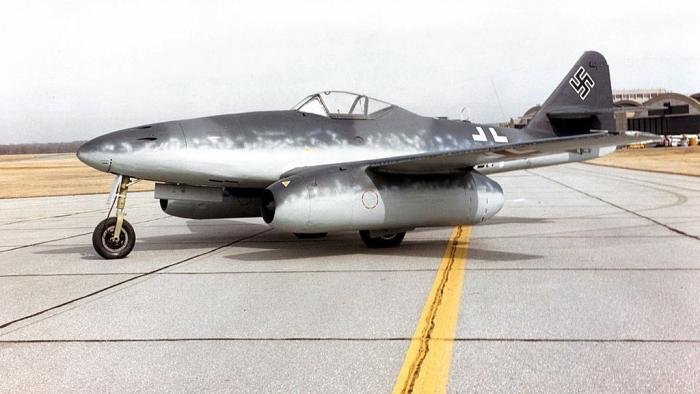 It brought a modern age to the forefront of the war and showed people where the knowledge of jet technology could take them. The Me 262 is often considered the most successful and notable of the early jets and it isn’t difficult to see why. Although Britain was also developing jets throughout World War II, the German Me 262 was more agile, better armed and faster than the British-built Gloster Meteor it came up against.

It seemed that despite spending so long trailing behind other countries of the world in terms of technology, Germany had really cracked it with the 262. It was much faster than any previous propellor-driven aeroplanes. The allies in turn adopted special tactics to combat this exceptional speed. Despite adopting these tactics, however, it became increasingly clear that for the allies to defeat an Me 262, it would need to be in the process of taking off, landing or stationary on the tarmac.

In the later days of World War II, Me 262s were used in large-scale attacks on Allied bomber formations and in ground assault missions. At one point, the ratio of successes and defeats stood at 4:1, which was exactly the kind of ratio that was needed for Germany to begin making a significant impact on the airborne war. However, when this ratio compared to the wider picture it became clear that while the numbers themselves sounded impressive as stand-alone figures, they made up just 1% of the entire attacking force. Even with the latest technology in their hands, the Luftwaffe would be unable to reach the numbers in success that they would need to turn the war in their favour.

The fast and manoeuvrable Me 262 would later become downgraded to perform as a trainer aircraft. Those who flew it could never seem to get their heads around just how fast the jet was; one Luftwaffe pilot stated ‘I passed (an enemy fighter) that looked as if it was hanging motionless in the air… I was just too fast!’