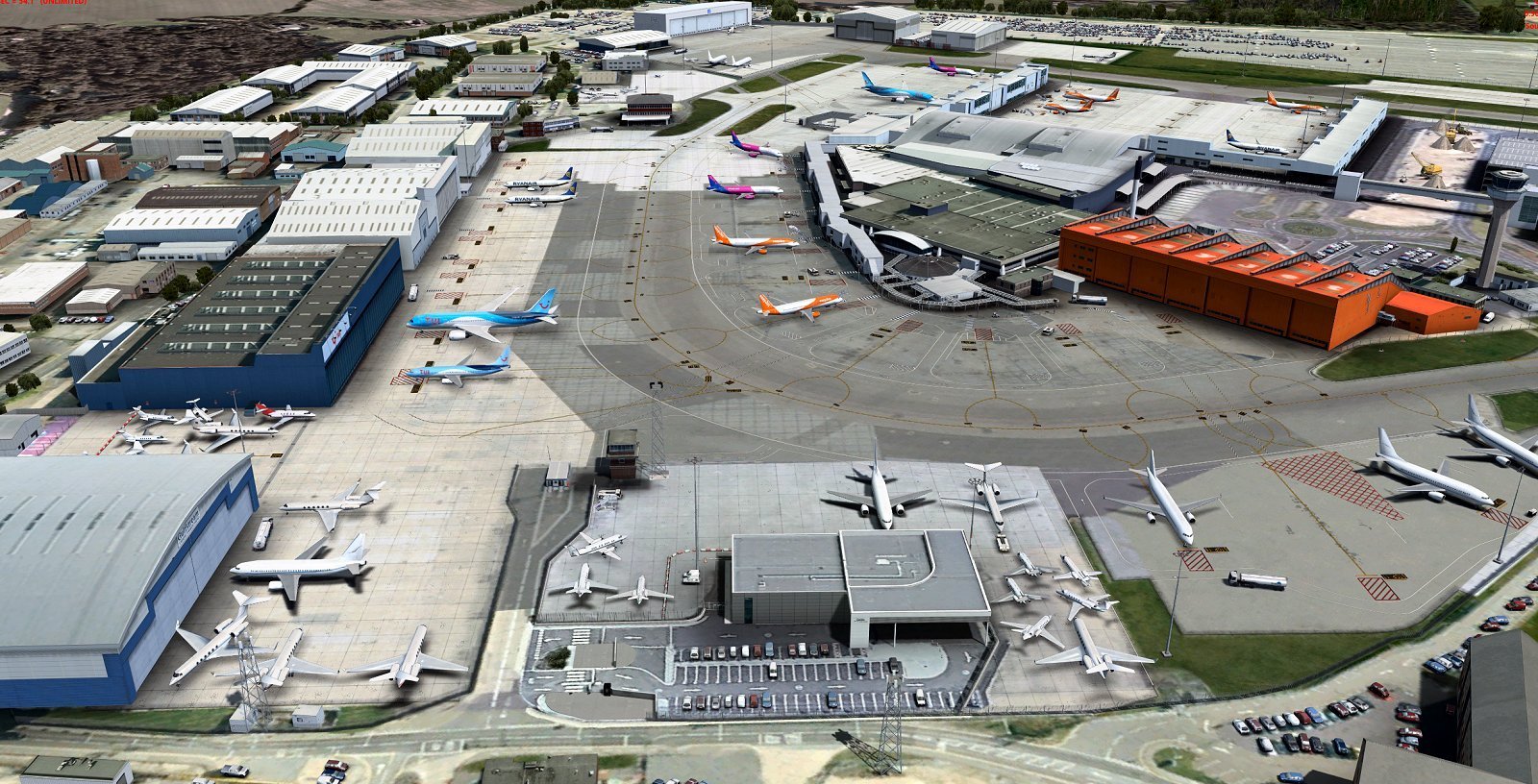 Initially released in early February for FSX and P3D, Luton 2020 HD represents the real airport in its current state. It uses high-resolution photoreal textures and models, which take advantage of modern graphics cards and new flights sim shaders. It is designed to take advantage of 64-bit platforms like Prepar3D version 4.5 and X-Plane 11.

Luton HD uses PBR (Physically Based Rendering) materials throughout and features detailed buildings, accurate ground and runway markings along with a new high-resolution ground image. Other highlights include new lighting effects with improved runway and 3D approach lights and detailed airport vehicles. The package is compatible with Orbx Global and Vector and TrueEarth Great Britain and is optimised for high frame rates.

Luton Airport has become one UK's fastest-growing airports and a major hub for easyJet, Ryanair, Wizz as well as several other smaller operators. It is also a popular destination for business jets.

Luton 2020 HD is available for FSX and Prepar3D for £18.48. Customers who purchased the 2013 Luton Xtreme product will receive a 30% discount. An X-Plane version will be released in March this year.