The Mi-8/17 is the backbone of the Macedonian Air Force and is used for a variety of transport and assault missions. Serial 303 is one of four Mi-8MTs currently on strength.
Roelof-Jan Gort and Jeroen van Veenendaa 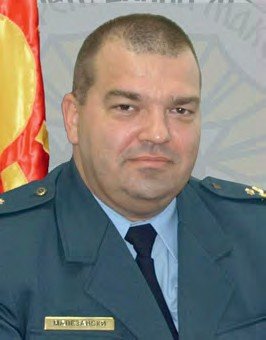 MACEDONIA DECLARED its independence from Yugoslavia after a referendum in September 1991.

The republic is officially named the Former Yugoslav Republic of Macedonia (FYROM). This title reflects years of political dispute between Greece and the Republic of Macedonia regarding the use of the name ‘Macedonia’. According to the Hellenic Republic, the term Macedonia refers to “the Kingdom and culture of the ancient Macedonians and is therefore part of Greek historical and cultural heritage”.