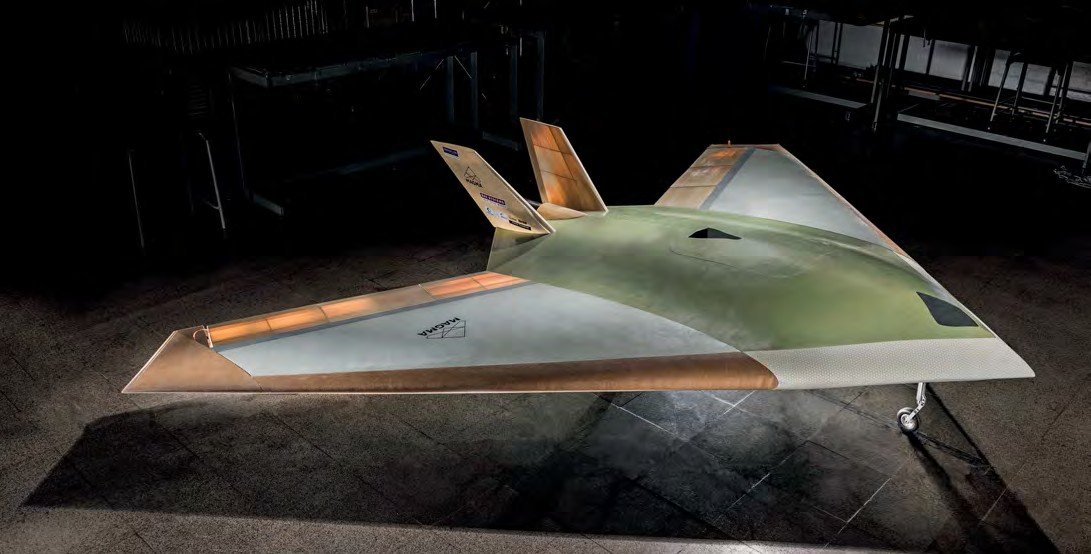 BAE Systems has completed the first phase of flight trials with a small-scale UAV demonstrator called MAGMA. The jet-powered testbed, developed in conjunction with the University of Manchester, does not have conventional mechanical parts to move flaps and is instead controlled by two new aircraft control concepts.

Wing circulation control takes engine bleed air and blows it supersonically through the trailing edge of the wing, and fluidic thrust vectoring uses blown air devices in the exhaust nozzle to redirect engine thrust and change the aircraft’s direction of travel.

An initial series of flight trials has been carried out as part of what BAE described as an, “ongoing project between industry, academia and government to explore and develop innovative flight control technology”. The company did not disclose any further details about the flight, but a YouTube video shows the demonstrator flying from the Snowdonia Aerospace Centre at Llanbedr in north Wales. Further flight trials are planned for the coming months to demonstrate the technologies. The aim is to fly MAGMA without any moving control surfaces or fins. BAE said: “If successful, the tests will demonstrate the first ever use of such circulation control in flight on a gas turbine aircraft and from a single engine.”

BAE said the technologies and the resulting new ways of control have the potential to reduce weight and maintenance costs. Additional technologies to improve MAGMA’s performance are being explored in collaboration with the University of Arizona and NATO Science and Technology Organisation, the company said.