For the owner of recently restored DH60G III Moth Major G-ACGZ, meeting up with one of the few other airworthy examples of the type was a highlight of a memorable trip to Switzerland 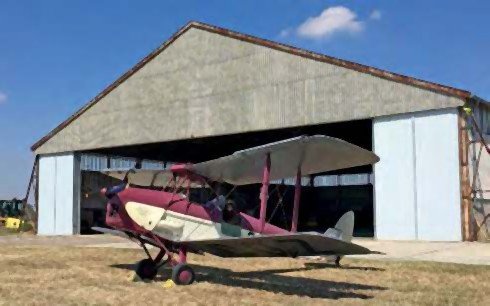 G-ACGZ in front of a quintessentially French hangar at Châtillon-sur- Seine, former World War One home to elements of the American Expeditionary Force.
NIGEL LEMON

I’ve done a bit of touring in the past, but have always wanted to do more of it on the continent. Last year, when I learned I had won an FAI (Fédération Aéronautique Internationale) award for restoring my Moth Major, G-ACGZ, with a ceremony to be held in Lausanne, I was quick to weigh up the options for an open-cockpit jaunt to Switzerland.