MAKOS ON THE MOVE

Making the US Air Force more dynamic and versatile is a new emphasis that leaders are championing. It means squadrons are being tasked to hit the road and be less predictable in their operations. Enter the 93rd Fighter Squadron ‘Makos’. In a rare foray to Europe, the unit’s F-16s arrived en masse at RAF Lakenheath, UK, during May. 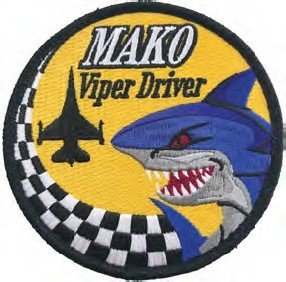 AIR FORCE RESERVE Command F-16s touching down in Europe isn’t as rare an occurrence these days as it was a decade ago. However, the arrival at RAF Lakenheath of a dozen F-16Cs and 165 personnel from the 482nd Fighter Wing at Homestead ARB in Florida on May 5 was outside the norm. The 93rd Fighter Squadron ‘Makos’ hopped across the Atlantic for a two-week training deployment to work with the resident 492nd Fighter Squadron ‘Bolars’.