He worked alongside distinguished names such as Glenn Martin, Donald Douglas and Larry Bell, but Dutch Kindelberger created his own career path that shook the aviation industry - and continues to do so to this day…

Some engineers and their designs undeniably changed the face of airborne warfare in the early 1940s. Over the course of their careers, it was these engineers that began to open up aviation to vast amounts of innovation, which has consequently led to the face of the industry we see today. But not all these engineers went into their careers knowing what they wanted to achieve. One such man, Dutch Kindelberger, entered his line of work simply to get out of a job that - as he himself put it - consisted of “throwing pig iron around from seven in the morning till five-thirty at night.”

Dutch himself admitted that early in life, his career path didn’t have a clear direction. He attended high school for just a year before quitting to become a steel apprentice, during which time he realised that he wanted more from his vocation. After two years of hard manual work, he became a draftsman with the Army Corps of Engineers. 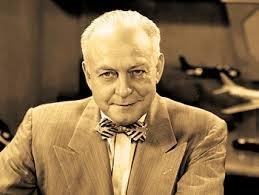 During the First World War, Dutch’s passion for aviation emerged. He completed his Ground School training at Ohio State and earned his wings at Park Field near Memphis, but the war ended before he had a chance to go overseas and serve. As a result, Dutch joined the infant Glenn L. Martin Company in Cleveland as a designer. Coincidentally, four of the industry’s most distinguished names happened to be working together at that moment. These were four pocket-poor, imagination-rich aeronautical geniuses named Glenn Martin, Donald Douglas, Larry Bell and Dutch Kindelberger. Each would go on to succeed in their own lines of work, but Dutch in particular demonstrated a passion, commitment and perseverance unlike many others.

Dutch’s wealth and breadth of knowledge came into its own in 1925 when he joined the Douglas Aircraft Company. By 1928, he was named Vice President of Engineering. Dutch’s contribution to Douglas would turn out to be more than simply exceptional leadership skills, namely through his substantial contribution to the DC series and through the robust and seemingly immortal design of the DC-3, which is still in service to this day. Following his time at Douglas, Kindelberger became Chairman and CEO of General Aviation, later renamed North American Aviation Inc. He became known for his hard work, orderliness and emphasis on punctuality during his time at the top of the company. It was under his guidance that North American Aviation broke through a multitude of technological glass ceilings. Most notably during Dutch’s time as CEO, the company began its role as contractor for the country's Man-In-Space-Soonest programme in 1958 (before it was taken over by NASA). 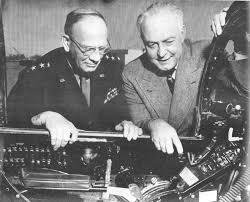 One of Dutch’s most revered achievements as CEO was the production of the war-changing P-51 Mustang fighter. Before America’s involvement in World War Two, the British Air Ministry approached North American Aviation to produce Curtiss P-40 Warhawk fighters for the Royal Air Force. Kindelberger, however, presented Britain with the idea that his company could produce a far superior aircraft to that of the P-40. And so, within four months, a completed prototype rolled off the production line and the P-51 Mustang was born.

Dutch retired in 1960, but remained an integral part of the company as Chairman of the Board until his death from congestive heart failure. His friend and successor, J. Lee Atwood, spoke of Dutch following his death, saying, “From the first moment that I met Dutch, I knew that he was destined for even greater things in aviation. My own subsequent success was greatly influenced by my association with him... we who worked with Dutch learned to have a high regard for his quickness in detecting important, though minute details, that always seemed to be the determining factor between success and failure, and when you are in the air – that is all important!”