The Boeing 737 MAX 8 has started revenue operations with its launch operator, Malindo Air. The Malaysian carrier, which later this year will be rebranded to Batik Air Malaysia, put its first example, 9M-LRC (c/n 42985) into use on return flights on the relatively short (45-50 minute) Singapore to Kuala Lumpur route. The carrier subsequently received a second jet, 9M-LRD (c/n 42986). Both aircraft are painted in the new Batik livery ahead of the upcoming rebrand.

At the time of writing, Norwegian was expected to be one of the next airlines to put the 737 MAX 8 into service. This carrier, which has ordered 100 examples, announced plans in May to use some of its 737 MAX 8s on 12 transatlantic routes from the UK, Ireland and Norway as part of plans to expand its long-haul network. Meanwhile 737 MAX 8s for other customers are emerging from the Renton assembly line, with aircraft for flydubai and WestJet recently seen on the flightline. Southwest Airlines, launch customer for the 737 MAX, and with 200 ordered set to operate the most of any one airline, is due to receive its first example in July and begin services with it in October. 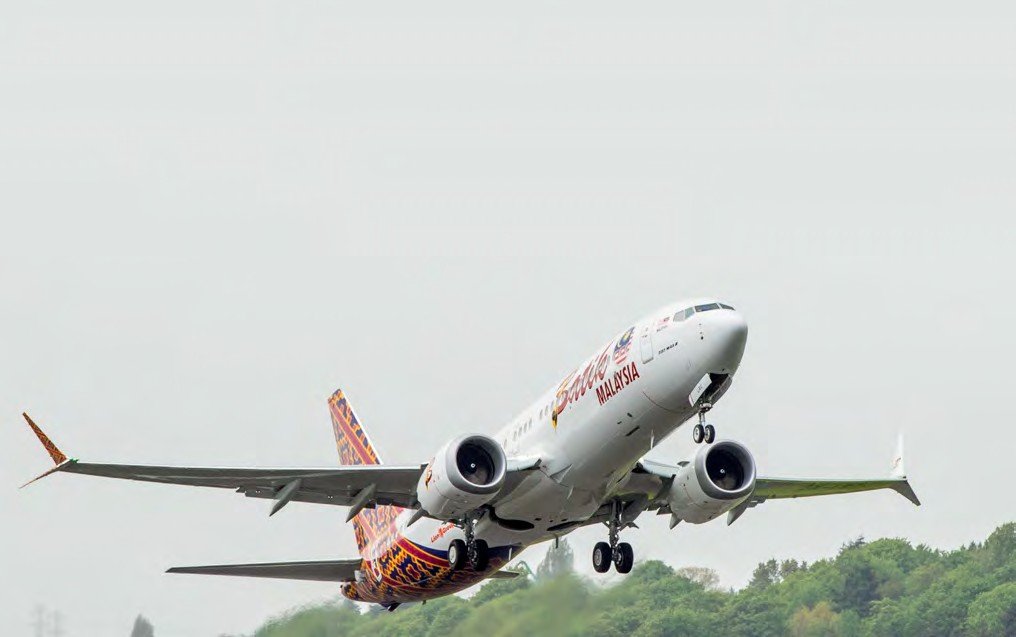 Malindo Air, which is to be rebranded to Batik Air, was first to put the 737 MAX 8 into service with services between Singapore and Kuala Lumpur
Boeing