Monarch is scheduled to take delivery of its first MAX 8 next spring. BOEING 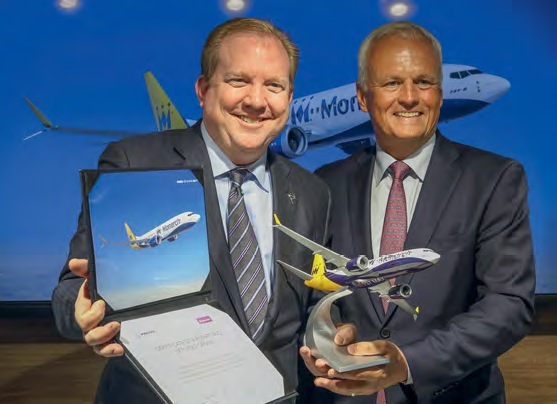 The airline has leased 737-82R G-ZBAV from Pegasus to give its crews exposure to the type prior to the MAX 8s arriving. PEDRO BAPTISTA

LUTON-BASED Monarch Airlines is pressing ahead with its plans for the entry into service of its Boeing 737 MAX 8 fleet. The carrier announced at June’s Paris Air Show that it was exercising all 15 of the options it held for the type, taking its total firm commitments to 45.