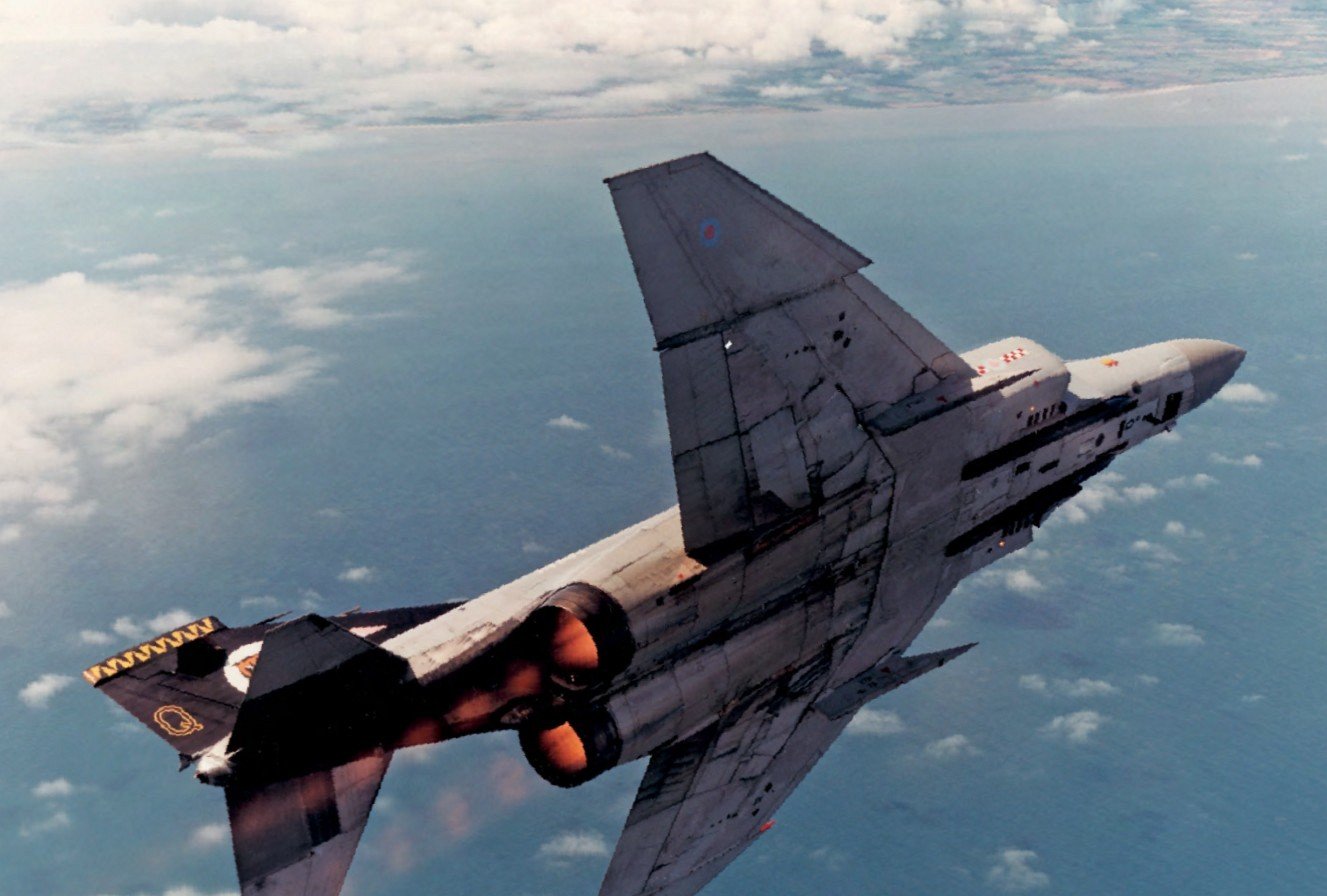 Sqn Ldr Archie Liggat and Flt Lt Mark Manwaring, the last RAF Phantom display crew, light the ’burners on the twin Speys of No 74 Squadron FGR2 XV393 during a photo sortie prior to the 1992 season.
KEY COLLECTION 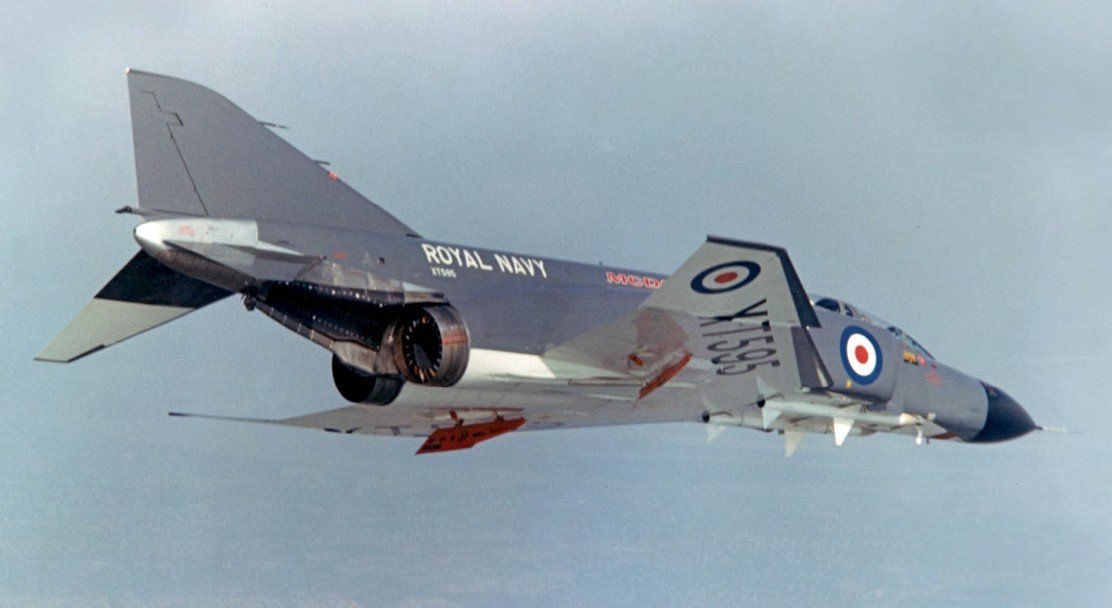 With a nose-mounted pitot head and with two AIM-7 Sparrows in the forward under-fuselage bays, first prototype YF-4K XT595 is believed to be seen here during its first flight on 27 June 1966
McDONNELL

Creating the ‘British Phantom’ was not the work of a moment