While MD Helicopters’ latest MD6XX looks like an MD600, as Ian Frain describes it has a lot of new technology 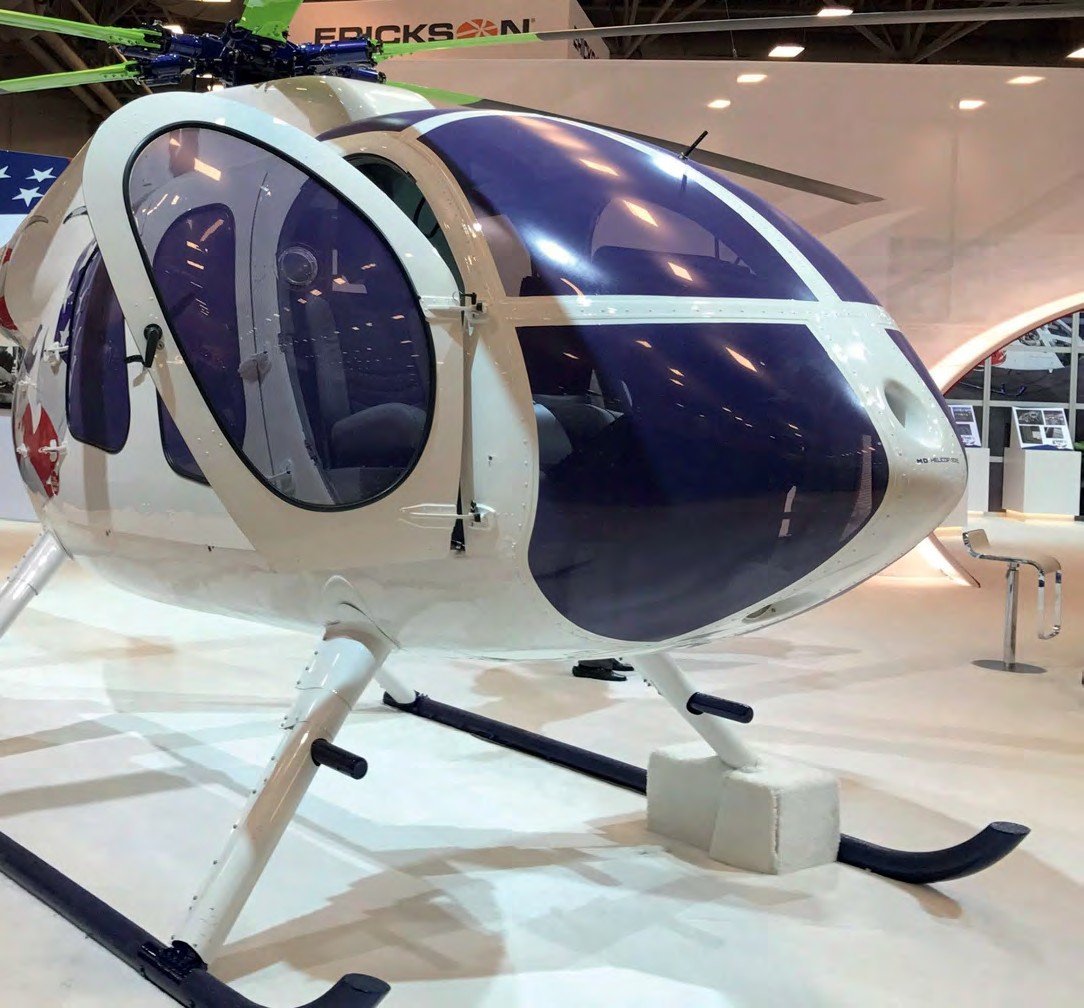 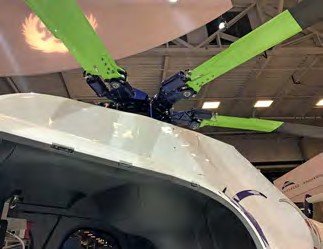 Among the features of the MD6XX are all-new S411 Main Rotor Blades that have an innovative three-section airfoil design to deliver more efficient, more aerodynamic operation. 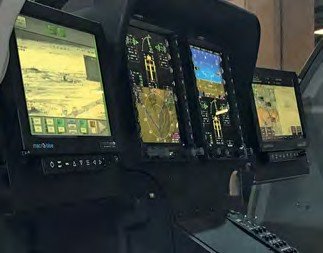 The outer cockpit displays are Macro Blue Tactical Displays and the middle two are the Genesys Aerosystems IDU-680s.

MD Helicopters has been owned by Patriach Partners since 2005 and based at Falcon Field in Mesa, Arizona. It was previously owned by a variety of companies, including the Netherlands-based RDM Investment and before that McDonnell Douglas Helicopters, prior to its takeover by Boeing Rotorcraft Division.

The legacy of the MD500 shape and design goes back to Howard Hughes; it was the Hughes Aircraft and Tooling Company in the 1960s that produced the then Hughes 369 and 500 for the commercial marketplace and the OH-6 Cayuse ‘Loach’ for the US Army as a forward scout observation helicopter that was used in the Vietnam War.

MD Helicopters debuted its MD6XX Concept Helicopter at Helicopter Association International Heli-Expo 2017 in Dallas. The MD6XX is based on the existing MD600N helicopter, which has been around since 1994 and uses the NOTAR (no tail rotor) anti-torque system that is synonymous with MD Helicopters’ MD900/ MD902 and MD520N product line.

The MD6XX started off as a design to cover the requirement for a light attack reconnaissance helicopter (as announced by MD Helicopters at Heli-Expo 2016), but, as that requirement has now been cancelled, MD Helicopters is addressing the MD6XX to a more varied use in both the commercial and military marketplaces.

The MD6XX has a number of features that set it apart from the MD600N, such as the conventional four-bladed tail rotor and redesigned empennage on the extended composite tail boom. The tail rotor itself offers 40% more anti-torque than the NOTAR system and enhanced performance as well as contributing to a reduction in noise.

The main rotor head has six all-new S411 main rotor blades manufactured by the Helicopter Technology Company. These are bonded blades that have an innovative three-section airfoil design to deliver more efficient, more aerodynamic operation, thus reducing the noise footprint and giving better autorotation handling in emergencies. The design of the helicopter includes a high-visibility sliding door for easier access and departure, crashworthy seats and a fly-by-wire system.

Heart of the System

At the heart of the MD6XX is the avionics package, which includes a new allglass cockpit. Texas-based Genesys Aerosystems manufactures the IDU-680 primary displays, which are a 100% digital open architecture, certified by the Federal Aviation Administration (FAA) for aircraft independent installation.

Open architecture is nowadays enabling commonality across systems. The flexibility of the system is shown by the ease of upgrade in the field without the need to replace any hardware components. The navigation system is the Highway-In-The- Sky system, which displays the projection path of the aircraft in a perspective view and thus forms part of a synthetic vision system.

Airspace is getting much busier nowadays, so the MD6XX has an integrated automated dependent surveillance-broadcast (ADS-B) traffic display. This not only assists the pilot or crew with navigating accurately (as the FAA transitions away from radar and more towards ADS-B), but is also more environmentally friendly.

The California-based Macro-Blue designs and builds the rugged highdefinition displays to both military and environmental standards of DO-160. This standard, first set out in 1975 by the Radio Technical Commission for Aeronautics, a federal advisory committee, specifies the test conditions for airborne avionics and electronic hardware systems.

All the above contribute to reducing the pilot’s workload under modern flight conditions, as do boosted flight controls and the digital three-axis autopilot. Finally, the helicopter is equipped for instrument flight rules conditions.

The MD6XX was originally conceived for the military scout attack role (no longer being addressed), but is now being marketed towards corporate, military and parapublic operators for different roles, such as airborne law enforcement and emergency medical service (EMS).

At Heli-Expo, the MD6XX mock-up had an EMS interior built for the Austrian company Air Ambulance Technology (AAT). This company, which is based at Ranshofen, is an EASA Part 21 Design and Production approved organisation that designs, manufactures and installs air ambulance interiors for both rotary and fixed-wing platforms.

The EMS interior on show was an ergonomically designed modular system for a single patient, with further flexibility for use with either right or left-hand command operations. The same AAT interior is being used in a MD600N to be delivered to Sapura Aero.

There is an integrated weapons plank in the military retrofit and, for flying in adverse conditions, a radar cocoon for increased situational awareness. Last but not least in this age of unmanned systems, there is an ability to launch and recover drones.

The MD6XX may look like an MD600N with a tail rotor, but it is not; it addresses the modern-day operational requirements of a multimission helicopter: pilot reduced workload, enhanced safety and lower cost of ownership. The cabin has an ergonomic and modular interior, single patient transportation and state-of the- art equipment.