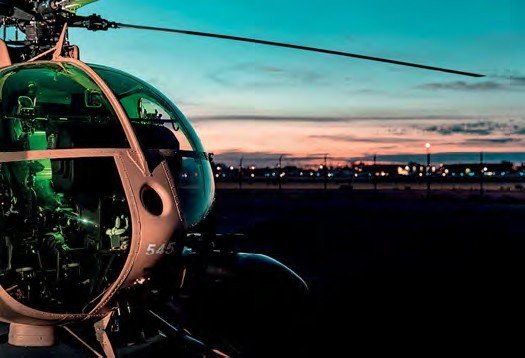 MD Helicopters Incorporated (MDHI) announced on September 13, 2019, that it has been awarded a firm, fixed price contract from the US Army’s Contracting Command – Redstone Arsenal, for the support of the Kenyan Defence Forces (KDF) fleet of MD 530F Cayuse Warrior helicopters.

The contract is awarded on behalf of the Multi-national Aviation Special Project Office (MASPO). It came into effect on September 1, 2019 and terminate on December 30, 2020.

Under the arrangement, MDHI will provide contractor logistics support, contractor field service representatives and training both in the United States and in Kenya.

Transition training will take place at MDHI’s headquarters in Mesa, Arizona and in-country training – which will include armament and gunnery training – will be undertaken at Laikipia Air Base, Kenya.

The Kenyan Air Force is acquiring six Cayuse Warriors, which will be delivered by the end of 2019. Weapons will include FN Herstal.50 calibre HMP 400 machine gun pods and M260 seven-shot rocket pods. Nigel Pittaway