Major airports such as Los Angeles and San Francisco share much of the limelight in California, but much smaller facilities enable essential air services to regional cities. Sebastian Schmitz visited Merced, which proudly proclaims to be the gateway to Yosemite National Park. 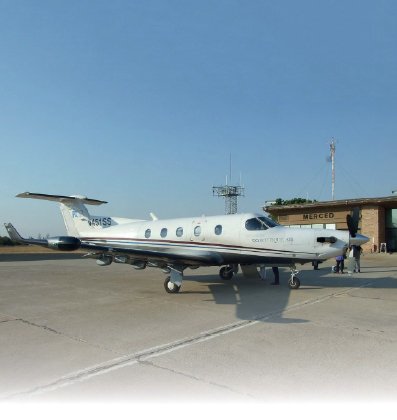 Boutique Air flies commercial services to Los Angeles and Oakland. (All photos author except where stated)

Merced is in the San Joaquin Valley, a large fertile area of Central California and the largest tract of arable land in the state. The city is home to around 80,000 people and is around a four-hour drive from Los Angeles, three hours from San Francisco, and two hours from the state capital Sacramento. It also stands at the junction of one of California’s main north-south routes – Route 99, the Golden State Highway – and Route 140 leading up into the Sierra Nevada Mountains and to Yosemite National Park.