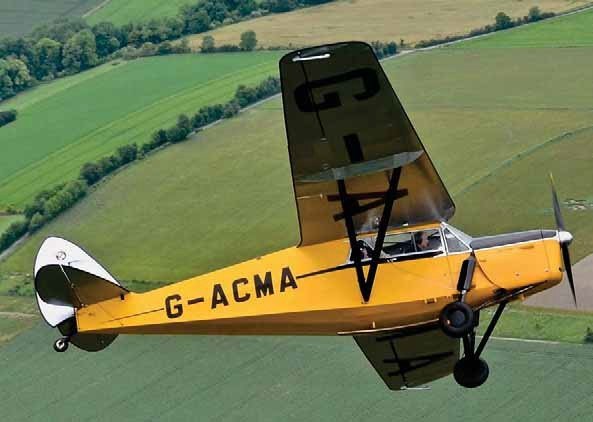 A recent air-to-air view of Leopard Moth G-ACMA, up from Peter Vacher’s farm strip at North Moreton.
VIA PETER VACHER

The National Benzole Company was the first to operate an aircraft refuelling station at Croydon. As a result, it expanded its interest in aviation with the purchase of a DH80 Puss Moth, G-ABLB, and appointed its Manchester representative, Mr J. J. Scholes, as pilot and aviation manager, a post he held until 1939. After the war he was manager of the Lancashire division of National Benzole, retiring in 1960. The Puss Moth was painted in the company colours of chrome yellow and black with the winged-headed Mercury trademark on the rudder. It was christened Mercury I by Mrs Henshaw, wife of the company chairman, on 11 May 1931 in a ceremony at Castle Bromwich.