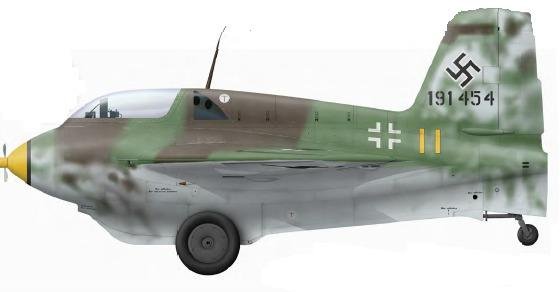 Me 163B-1a ‘Yellow 11’, Werknummer 191454, latterly served with II./JG 400 at Husum. It was captured by the British and shown in the famous Hyde Park exhibition of enemy aircraft before being shipped to Canada, where it was scrapped circa 1957.
CHRIS SANDHAM-BAILEY 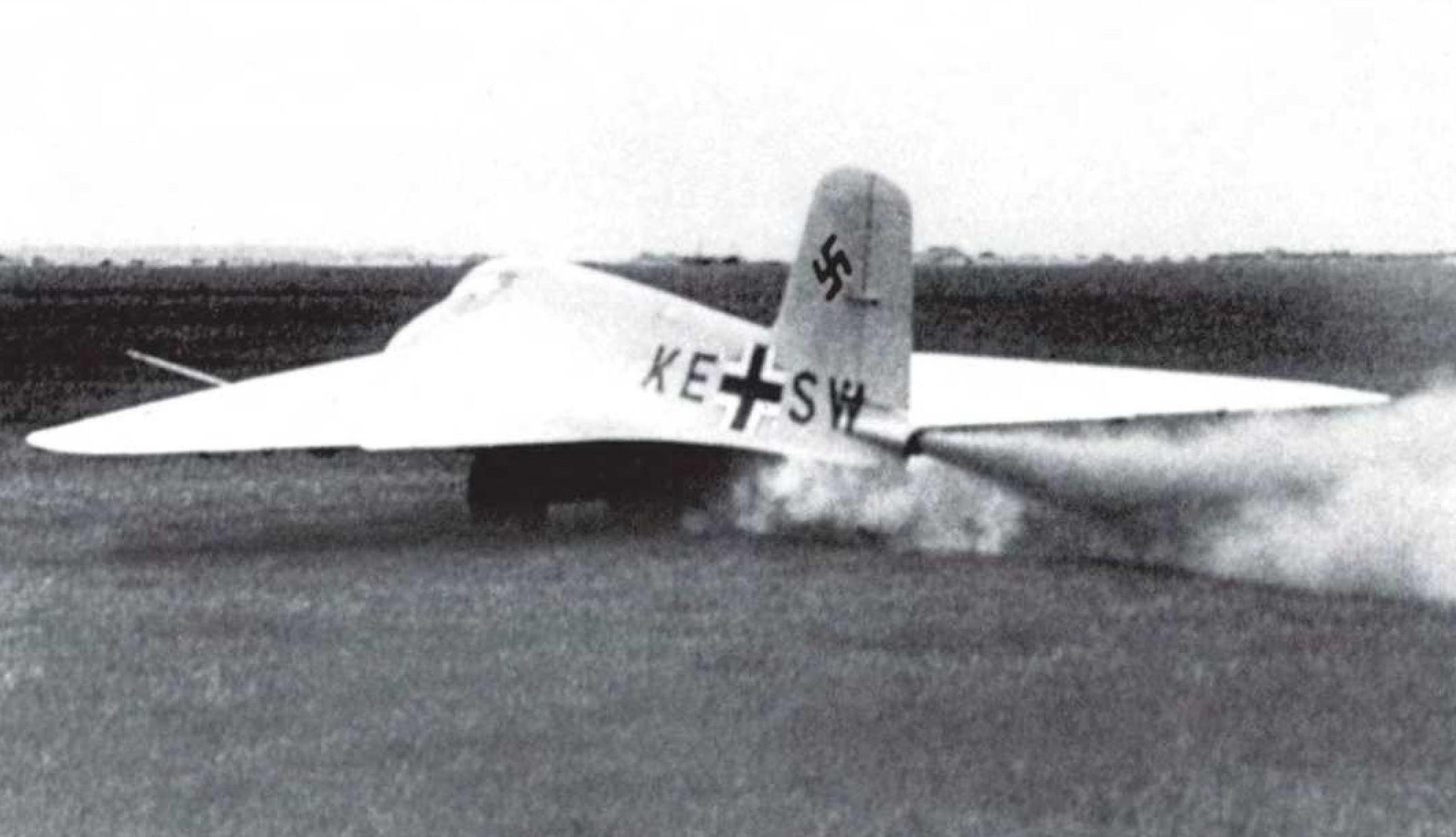 The Walter rocket motor emits its characteristic smoke trail as the Me 163A V4 prototype, which broke the world air speed record in October 1941, starts its take-off roll.
KEY COLLECTION