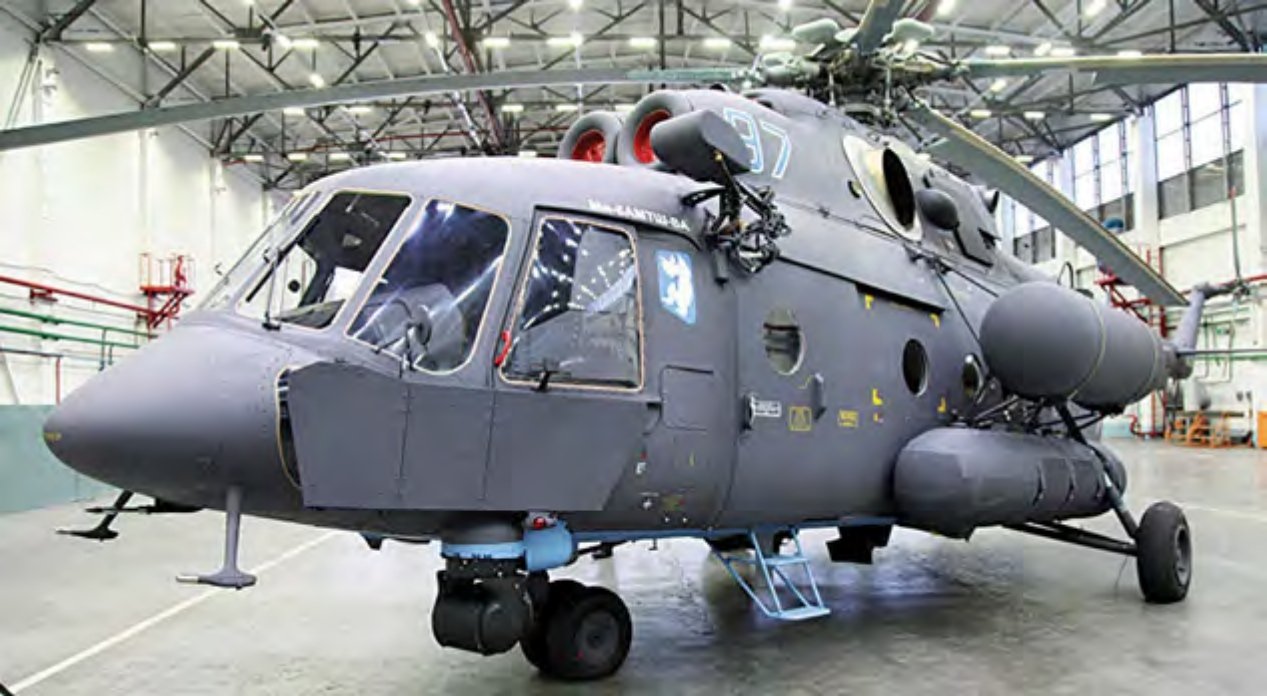 The first Mi-8AMTSh-VA was delivered to Russian Naval Aviation in November 2016 and assigned to the Pacific Fleet’s 7060th Air Base at Yelizovo on the remote Kamchatka Peninsula.
Ulan-Ude

On November 22, Russian Naval Aviation took delivery of the first Mi-8AMTSh- VA helicopter extensively modified for Arctic operations. A ceremony was held at the Ulan-Ude Aviation Plant in eastern Siberia, which builds the Mi-8AMTSh-VA, a derivative optimised for regular operations in extremely low temperatures. Deliveries to date have comprised two examples to the Russian Air and Space Force.

Located on the Kamchatka Peninsula, the 7060th Air Base at Yelizovo will operate the first Mi-8AMTSh-VA helicopter to transport passengers and cargo over long distances to remote locations, a task that is beyond the capability of its Mi-8T predecessor.

Auxiliary fuel tanks enable the Mi-8AMTSh- VA to fly up to 755 nautical miles (1,400km), with a flight endurance of over seven hours.

The fuselage, systems and powerplant are optimised for prolonged low-temperature operations, in low-visibility conditions, over featureless terrain and in areas lacking coverage from satellite navigation systems.

The Mi-8AMTSh-VA is powered by two Klimov VK-2500-03 turboshaft engines each rated at 2,700shp (2,013kW) in one engine inoperative conditions for 2.5 minutes. The type is equipped with a modified Aerosila TA-14 auxiliary power unit (APU) with an extended running time of four hours to provide an electric supply to all essential systems when on the ground in temperatures down to -50oC. Hot air supplied by the APU heats the cockpit, cabin, engine bays and transmission.

Search and rescue systems fitted are an RPA-500 direction finder, a SLG-300 hoist and a searchlight; when used for medical evacuation, the cabin has space for 12 stretchers.