Asobo Studio has announced a new version of Microsoft Flight Simulator to mark its achievement as “Game of the Year”. 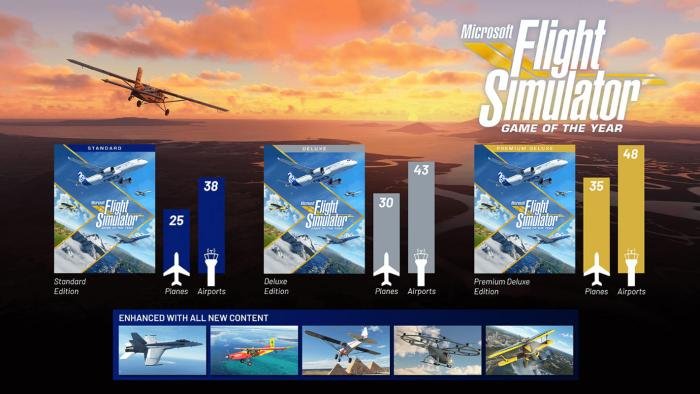 To mark the launch of Windows 11, from October 19 to November 18, Asobo Studio has selected 11 landmarks across the globe that will be lit up in ‘Windows Blue’ along with a special Windows 11 themed livery for the EXTRA 330LT.

Boeing F/A-18 Super Hornet: The Top Gun: Maverick expansion will release with the movie next spring, but according to Asobo, the team wanted simmers to have the opportunity to test their “need for speed this holiday”.

VoloCity eVTOL: An urban air taxi, developed by the Volocopter engineering team. It is an authentic version of a prototype aircraft for the simulator and is a teaser of what you can look forward to in 2022 when helicopters are planned to be launched in Microsoft Flight Simulator.

Pilatus PC-6 Porter: The Short Take-Off and Landing (STOL) utility aircraft from Switzerland comes with several cockpits, cabins, and landing gear variations. It is the result of a close collaboration with the manufacturer and the development efforts by Hans Hartmann and Alexander Metzger.

Aviat Pitts Special S1S: One of the most popular aircraft in Microsoft Flight Simulator gets a single-seat option with the release of this aircraft.

New Airports
Eight handcrafted airports in Central Europe and the United States include:

In addition, The Game of the Year release adds around 545 previously missing airports in the US.

New Tutorials
To further expand the on-board experience, 14 new tutorials will be added, introducing simmers to bush flying in an Icon A5 and IFR in a Cessna 172.

New Features
Several highly requested features by the community are being added; an updated weather system, early access to DX12 and a dev mode replay system.

Microsoft Flight Simulator Game of the Year Edition will be available as a free update for existing players on PC and Xbox Series X|S.