Update VIII for Microsoft Flight Simulator features the Iberian Peninsula. It primarily covers Spain and Portugal, although as you probably know, it also includes a small area of Southern France, Andorra and Gibraltar. 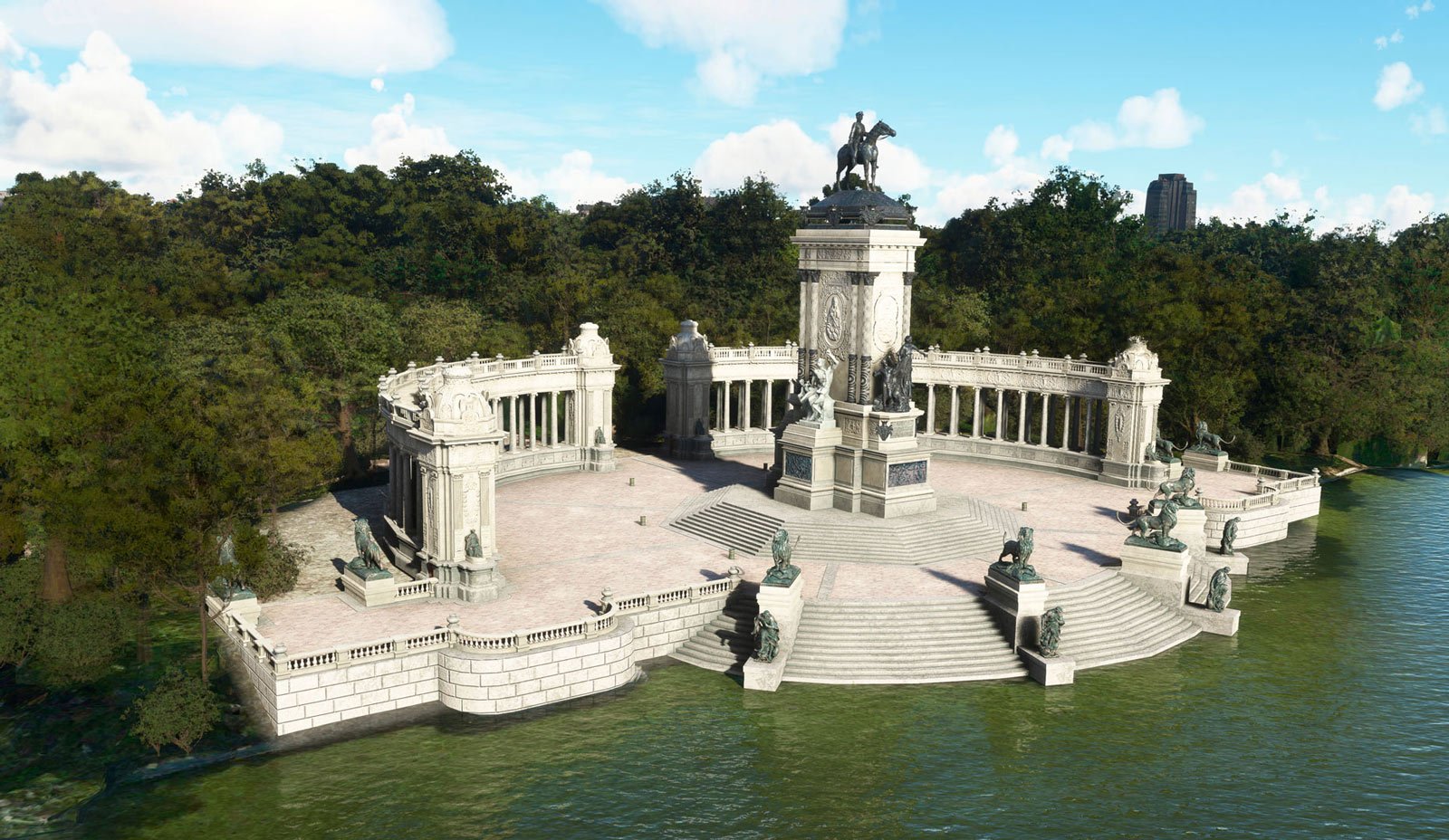 The Monument to Alfonso XII in Madrid is absolutely amazing.

The update comes with the customary additions and improvements that, little by little, are making Microsoft’s Flight Simulator (MFS) the most realistic simulator ever produced. Just before our readers start reaching for the keyboard, I’m talking more about the stunning graphics that are undeniably better than anything we’ve seen to date. Admittedly, the flight modelling, aircraft systems and parts of the interface could still be considered work in progress but to be fair, Asobo is slowly addressing many of the complaints and bugs I see reported in the forums. Also, let’s not forget we’ve never seen this level of support for any other flight sim-related product, regardless of the vendor.