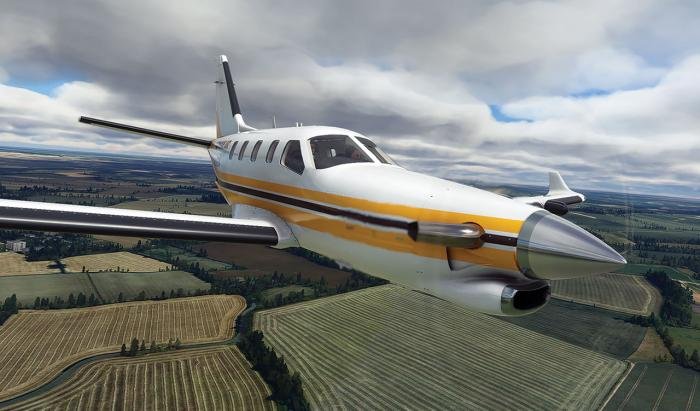 The new version adds a significant number of improvements across the platform, including an updated navigation database, adjustments to the flight dynamics and improved turboprop engine modelling. Moreover, the file structure for the simulator has been significantly optimised, reducing the size of the simulator installation footprint from 170GB to 83GB.

The navigational database has been updated with AIRAC cycle 2105 (May 2015) and Federal Aviation Administration (FAA) data has been added. The flight planning feature now allows departure gates to be saved in a flight plan, live traffic stability has been improved and ATC phraseology now matches FAA standards more closely.

Various improvements for the weather systems include: reduction in the bandwidth for live weather, improved precision of live snow coverage and a host of fixes for the aircraft icing model. The weather radar also now displays precipitation instead of cloud coverage.

The list of fixes for the default aircraft in Update IV is extensive but the main highlights are flight model updates with more accurate induced drag, adjustments to the flaps system and general improvements to the flight control surfaces and ground handling. Work continues on improving the turboprop model with adjustments to the propeller drag, Interstage Turbine Temperature (ITT) and reverse thrust/beta range. The default turboprop aircraft in MFS have also been updated to reflect these changes.

Some packages in your community folder may not have been updated and, as a result, may have an unexpected impact on the title’s performance and behaviour.
Please move your community package(s) to another folder before relaunching the title if you suffer from stability issues or long loading times.
We performed some optimization for the initial full download of the title so the base game is only 83GB instead of +170GB.

KNOWN ISSUE
You may crash when exiting VR mode. This issue is being investigated but we suspect OpenXR preview runtime (v106) may be involved. So if you experience this problem, we recommend you revert to the official public runtime (v105).