It has been 26 years since Operation Desert Storm saw an unprecedented gathering of air power in the Persian Gulf. Since then, the region’s air forces have strengthened and modernised to meet potential new threats, including a nuclear-capable Iran, along with the rise of Islamist terrorism. Alan Warnes charts their progress. 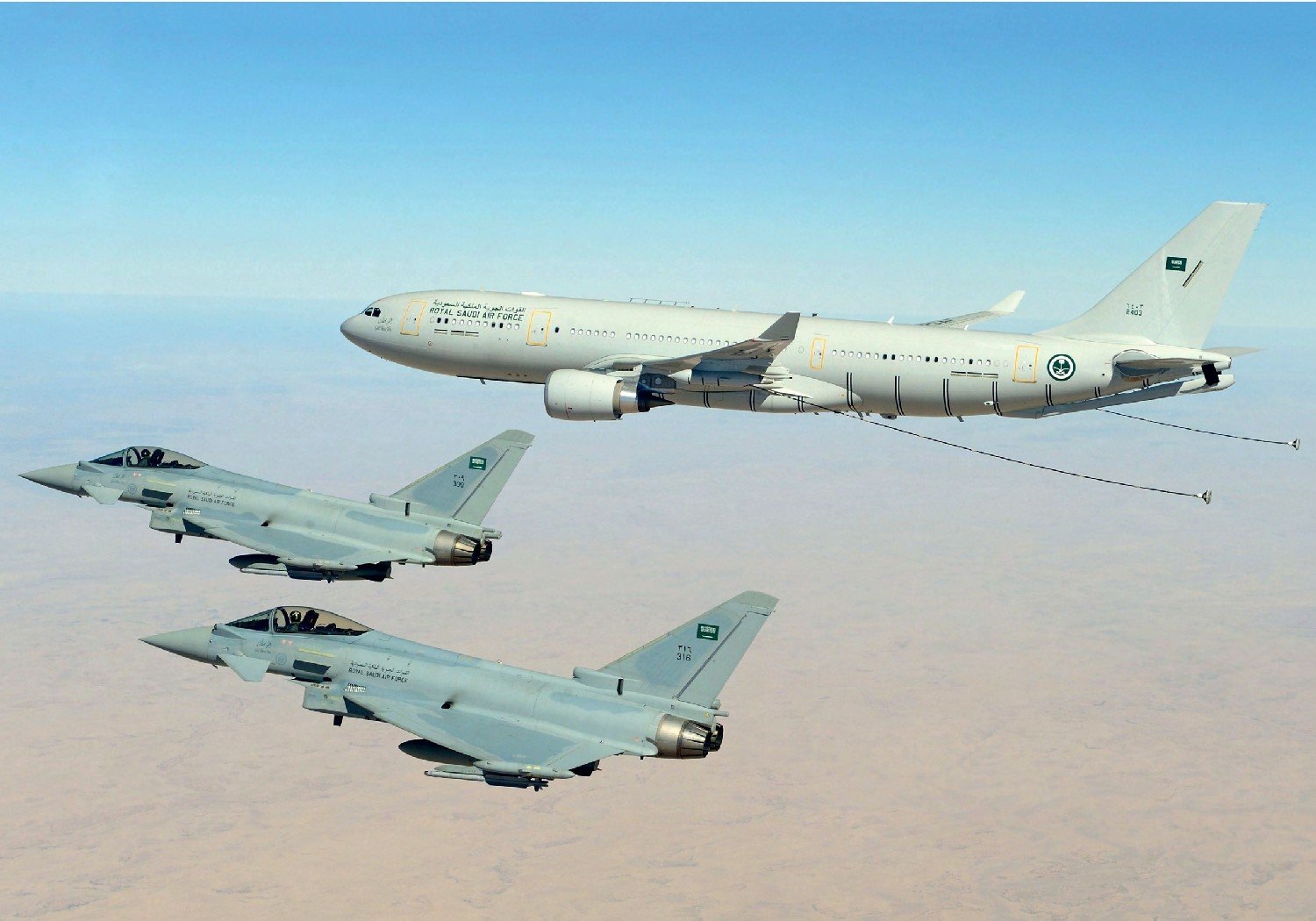 The Royal Saudi Air Force is the most powerful air arm in the GCC. Here, a pair of singleseat Saudi Typhoons from 3 Squadron formates on an A330 Multi-Role Tanker Transport from 24 Squadron.
Eurofighter/Jamie Hunter

The Gulf Cooperation Council (GCC) – which comprises Bahrain, Kuwait, Oman, Qatar, Saudi Arabia and the United Arab Emirates (UAE) – has shown aspirations to run its military organisation in a manner similar to NATO. Efforts are made towards interoperability between the six nations, as well as with Western powers.