Known as the world’s most numerous attack helicopter, the Mi-24/35 Hind is still in production in Russia, with a series of upgrades and continuing interest from operators. Alexander Mladenov reports 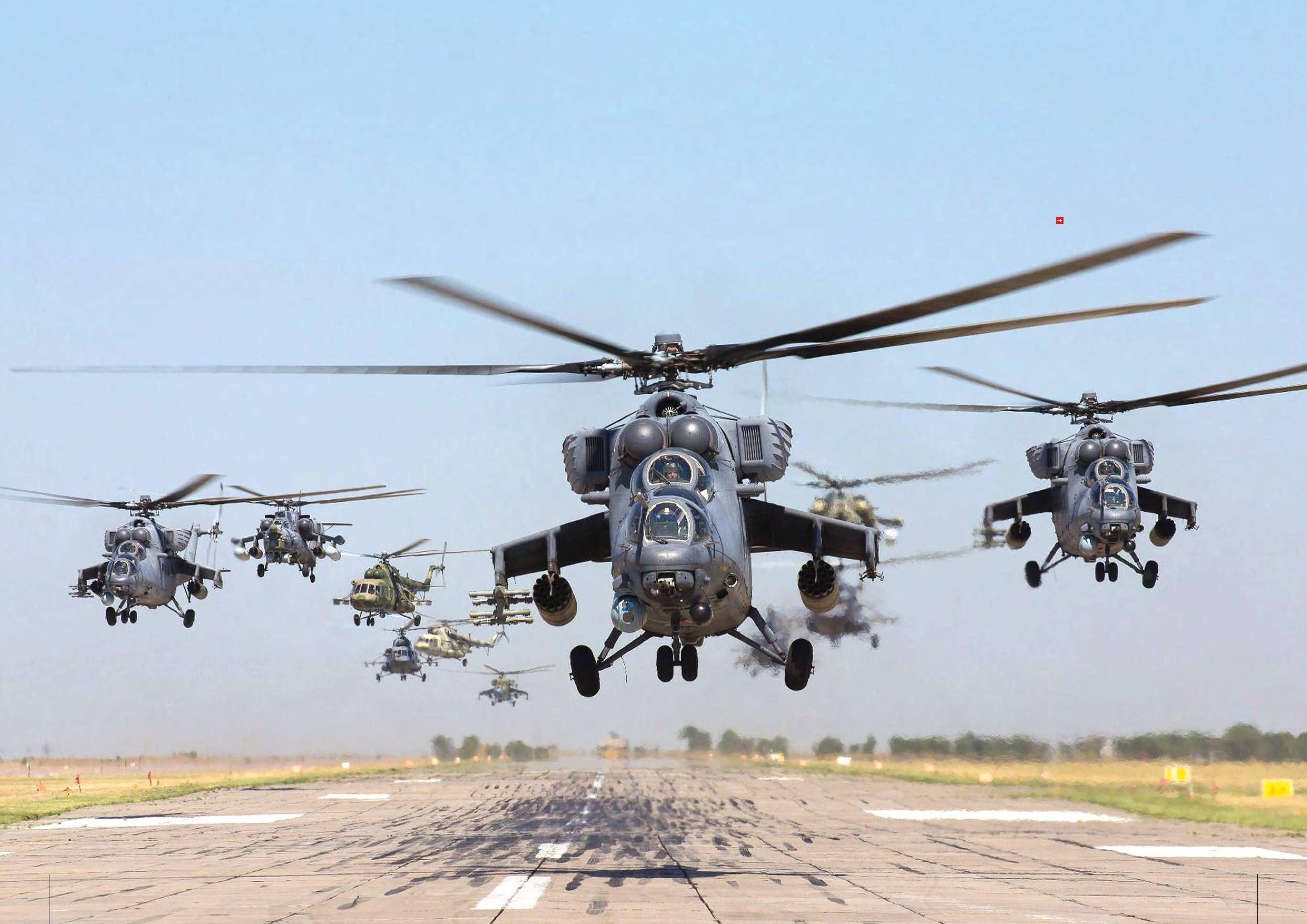 The redesigned and digitised Mi-35M/Ps are being promoted as leading the way as potent and wellarmoured gunships, endowed with round-the-clock attack capabilities and improved guided weapons
Russian MoD

Launched in the early 1970s and with more than 3,600 built, the iconic Hind is still enjoying export demand for new-build machines.

The renaissance of the Mi-24/35P/35M family of attack helicopters happened, somewhat unexpectedly, during the mid-2000s, while the early 2010s saw a hike in the production of the type, with numerous orders for newly built Mi-35Ms being placed by both domestic and export customers alike.

Current demand for the armoured attack type promises that the production of the Mi-35P/M family at the Rostvertol plant in the southern part of Russia is expected to continue until the mid-2020s.