The Mildenhall-based 100th Air Refueling Wing is a vital unit at the heart of today’s USAF. Nigel Price examines its workload, from medevacs to supporting major exercises. 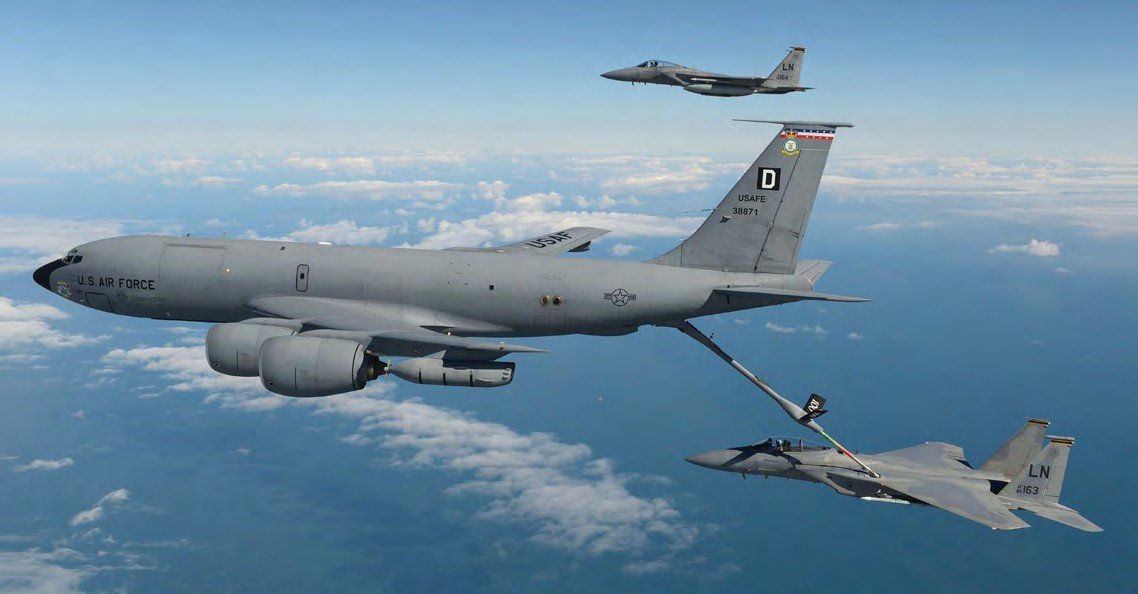 A Mildenhall-based 100th ARW KC-135 refuelling a Lakenheath F-15C, while another example awaits its turn on the tanker.
Jamie Hunter

It’s safe to say that if a USAF air operation – a transit flight, air exercise, training sortie or combat mission – happens over the Atlantic Ocean, Europe, Africa or much of Southwest Asia, Mildenhall’s 100th Air Refueling Wing is likely to have been involved at some point.