The legendary Supermarine Spitfire is forever associated with its exploits during the Battle of Britain. For the third instalment of our 80th anniversary miniseries on BoB aircraft, Malcolm V Lowe examines the type’s significance to Britain’s defence in 1940 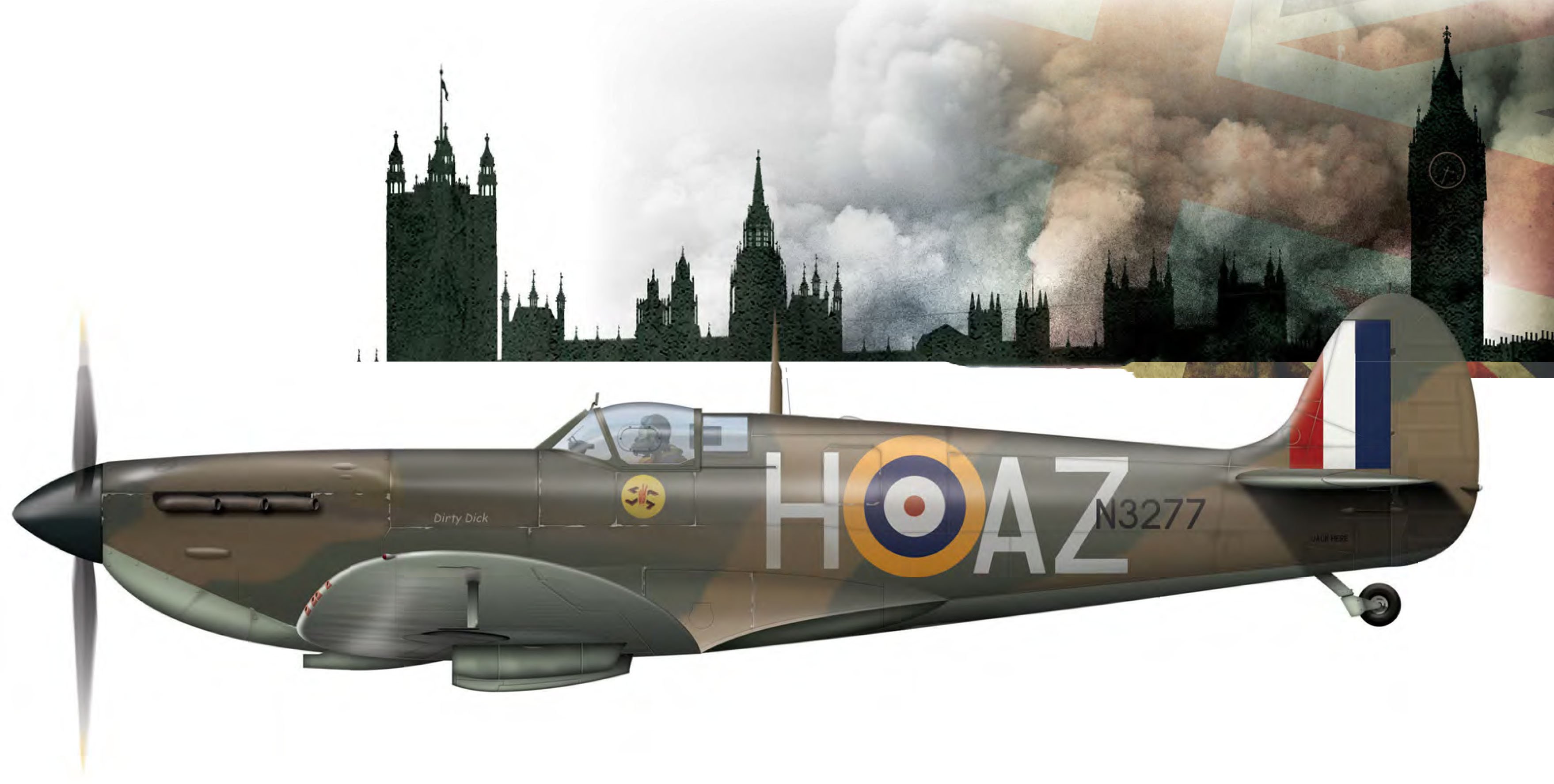 Supermarine Mk.I N3277/ ‘Dirty Dick’ of 234 Squadron, RAF Middle Wallop during August 1940, flown by Plt Off Richard Hardy. It wears the standard RAF camouflage of Dark Green/Dark Earth on its upper surfaces and Sky beneath. The name is in white ahead of the cockpit on the port fuselage side.
ANDY HAY-FLYING ART

There are few aircraft in the history of aviation that have become as well known or have achieved such lasting universal popularity as Supermarine’s magnificent Spitfire. The brainchild of Reginald Joseph Mitchell – and his equally talented team of designers and aerodynamicists – the Spitfire was the right aircraft at the right time. It has become so synonymous with the Battle of Britain that the two have become virtually inseparable in popular culture.