THE MITCHELLS: WHERE ARE THEY NOW?

Big Bad Bonnie was operated for a time by ‘Jeff’ Hawke and Rodney Small under the Mitchell Flight banner. CLIFF KNOX/KEY 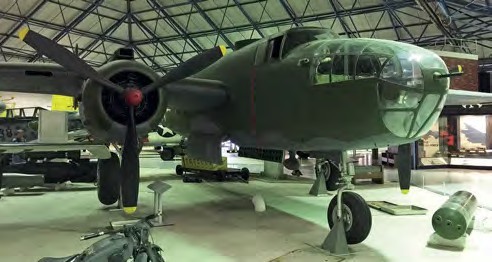 Since the early 1980s, 44-29366 has been exhibited by the RAF Museum at Hendon, wearing a generic USAAF camouflage scheme. BEN DUNNELL

Even before the arrival of the five B-25s it was the intention of ‘Jeff’ Hawke to keep his two Visionaireoperated machines in the UK. Here they would be able to earn their keep, both on the air display circuit and for use in films. As things worked out, only one of the five returned to the USA and this was some years later. Most of the others would eventually find themselves in the hands of national aviation museums in European capitals.