The Airbus A350-1000 flight test campaign has taken further steps forward with the maiden flights from Toulouse of the second and third test aircraft, F-WWXL (msn 71) and F-WLXV (msn 65).

The second jet, F-WWXL, flew in January, with F-WLXV following on February 7. Most of the performance testing on the A350-1000 will be undertaken using F-WWXL. This work encompasses high-altitude, hot-weather and cold-weather trials and braking tests. The aircraft will also be used to conduct some engine, systems and autopilot trials to complement the tests in those areas undertaken by F-WMIL (msn 59), the first A350-1000, which completed its maiden flight in November 2016.

The third A350-1000, F-WLXV, will be used for cabin development and certification, external noise testing, route proving (including early long-range flights) and ETOPS (extendedrange twin-engine operations) approval. Airbus’s target is to have the A350-1000 certified and in service with launch operator Qatar Airways by the end of this year. Meanwhile, the A350-900 fleet continues to grow. Ten airlines now operate the variant, with 65 examples delivered by early February. Upcoming deliveries include the first aircraft for Air Caraibes (msn 82), which flew on February 8, along with further jets for existing operators. Airbus has reported a 98.7% dispatch reliability rate for the type. More than six million passengers have flown on A350-900s so far and the type is now used on 70 routes. 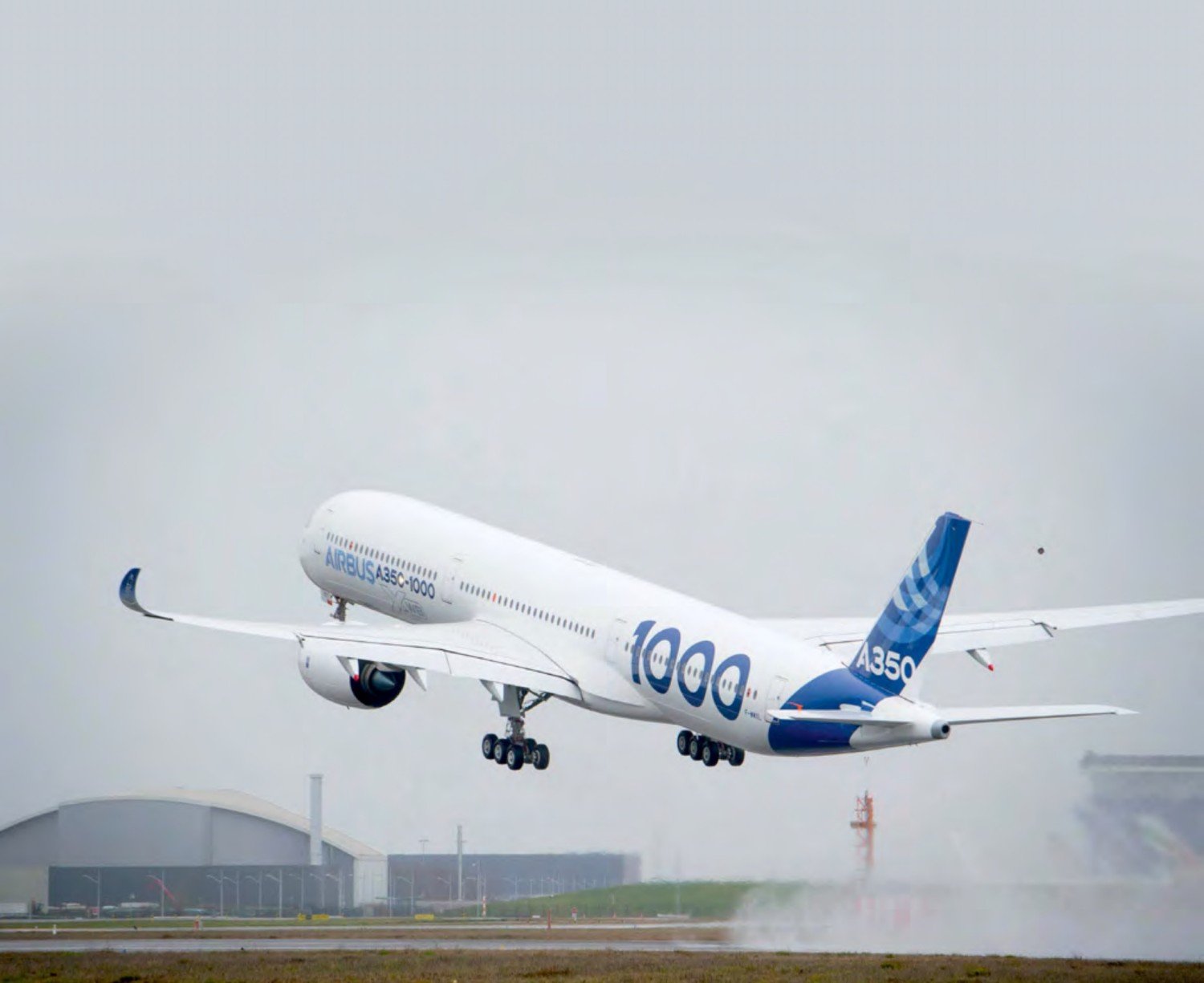