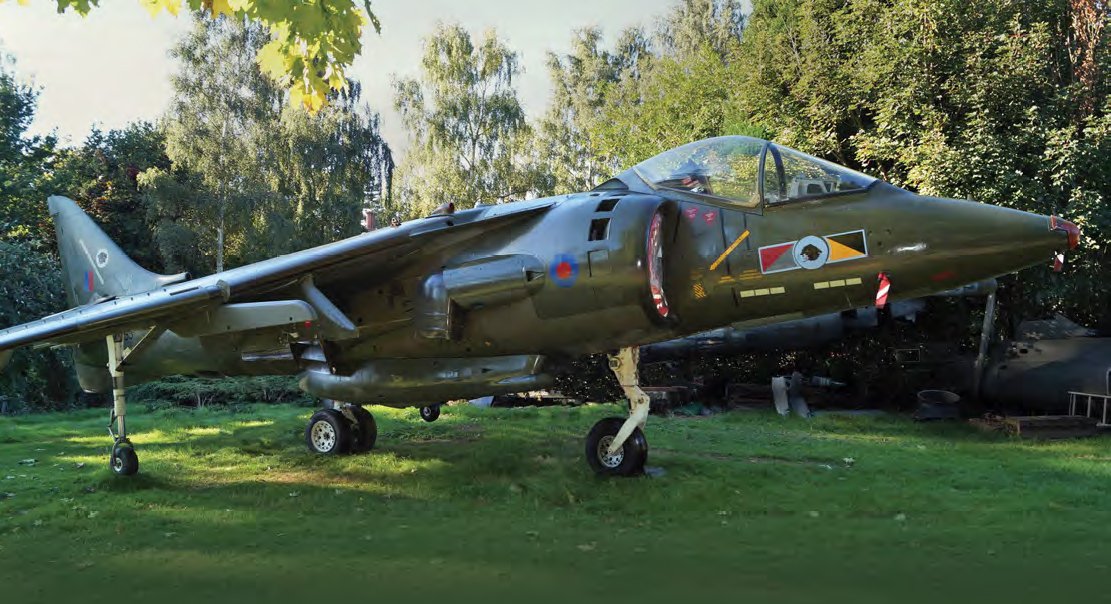 Harrier GR5 ZD353 before being dismantled for transportation to Arizona.
PASM

The Pima Air and Space Museum at Tucson, Arizona, has acquired recently restored British Aerospace Harrier GR5 ZD353 from Sproughton, Suffolk-based Everett Aero, and the former No 1 Squadron machine is scheduled to arrive at Pima by the end of March. On 21 February the RAF Museum Spitfire FRXIVe MT847 departed Hendon heading for Pima, where it will be displayed on loan for three years. Former Army Air Corps Westland Gazelle AH1 XX384, which arrived at Pima in June 2016, was suspended from the ceiling in the main display hangar in mid-February.

The director of collections at Pima, James Stemm, says: “Our goal with acquiring British built aircraft has been to expand coverage of non- American designs and expose our visitors to as wide a selection of aircraft design concepts as possible.”

Harrier ZD353 first flew on 21 October 1988. While being operated by No 233 Operational Conversion Unit at Wittering on 29 July 1991, the machine suffered an in-flight fire due to an electrical fault, the pilot making an emergency landing back at his Wittering base. This and other incidents involving the electrics on the type led to the grounding of the Harrier GR5/GR7 fleet from 30 July until 16 September 1991. ZD353 had been badly damaged, and after being transferred to British Aerospace at Brough it was considered to be damaged beyond economical repair and never flew again. 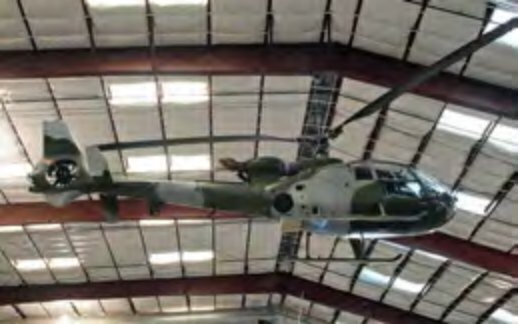 Gazelle AH1XX384 shortly after being suspended at Pima in mid-February.
PASM