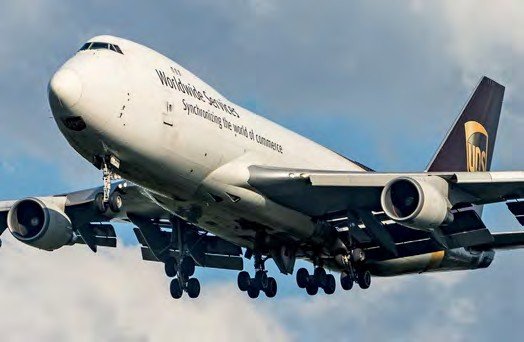 UPS HAS ordered 14 Boeing 747-8 Freighters and four 767 Freighters to provide additional capacity on its international air cargo network, to respond to what the company described as “accelerating demand”. All the new aircraft will be additions to the UPS Airlines fleet and no existing aircraft will be replaced.

The 14 747-8Fs are in addition to the 14 ordered by the company in 2016. The fourth aircraft from that order was delivered in February. A UPS statement said the 747-8Fs would be delivered to an “expedited schedule”, with all 32 of the new Boeing freighters to be introduced by the end of 2022.

The order announcement early in February coincided with the 30th anniversary of UPS Airlines starting operations. The carrier’s president, Brendan Canavan, said: “The new freighters will allow us to continue upsizing aircraft on routes and will create a cascading effect that will boost capacity on regional routes around the world.” Mark Broadbent