According to Donald Trump, the world is a dreadful place. Apparently, there are threats around every corner. Trump’s narrative of fear has enabled the new President to introduce what some consider Draconian measures, such as the January 2017 Executive Order denying Iraqi, Syrian, Iranian, Sudanese, Libyan, Somalian and Yemeni passport holders entry into the United States.

This action has major consequences for international airlines. First, there is the lost business. Second, there are the rostering changes. As truly global enterprises, international airlines do not discriminate by nationality. Hiring decisions are made on the basis of the applicant’s competence. Lufthansa prides itself on the internationalism of its long-haul crews.

According to the Metro newspaper, Trump’s ban has kept rostering departments busy: “Emirates – which flies to 11 US destinations – was forced to change staff rotas to ensure that none of its 4,000 pilots or 23,000 cabin crew was refused entry.” Politicians’ actions have consequences, some of which cost the industry money.

A key question is whether Trump’s policy will ‘keep America safe’. Here are the unpalatable (for Trump) facts:

Most of America’s terrorism is home-grown. The overwhelming majority of terrorist acts on US soil are committed by US citizens or those living in the country legally. Few terrorist acts are committed by insurgents. For example, the bombs that killed three people and injured over 250 others at the Boston Marathon on April 15, 2013, were planted by brothers Dzhokhar and Tamerlan Tsarnaev, both of whom were living in the United States legally. Tamerlan had permanent residence status, while his brother had American citizenship. Indeed, Dzhokhar attended the University of Massachusetts at Dartmouth, an institution with links to the US establishment. More recently, a husband and wife team, Syed Rizwan Farook and Tashfeen Malik, murdered 14 and seriously injured 22 at the Inland Regional Centre in San Bernardino, California. Farook was an American-born US citizen and his wife a lawful permanent resident. Like Dzhokhar Tsarnaev, Farook had links to the establishment, working for the San Bernardino County Department of Public Health as a health inspector. The Federal Bureau of Investigation (FBI) described the couple as “home-grown violent extremists” who trawled jihadist websites. 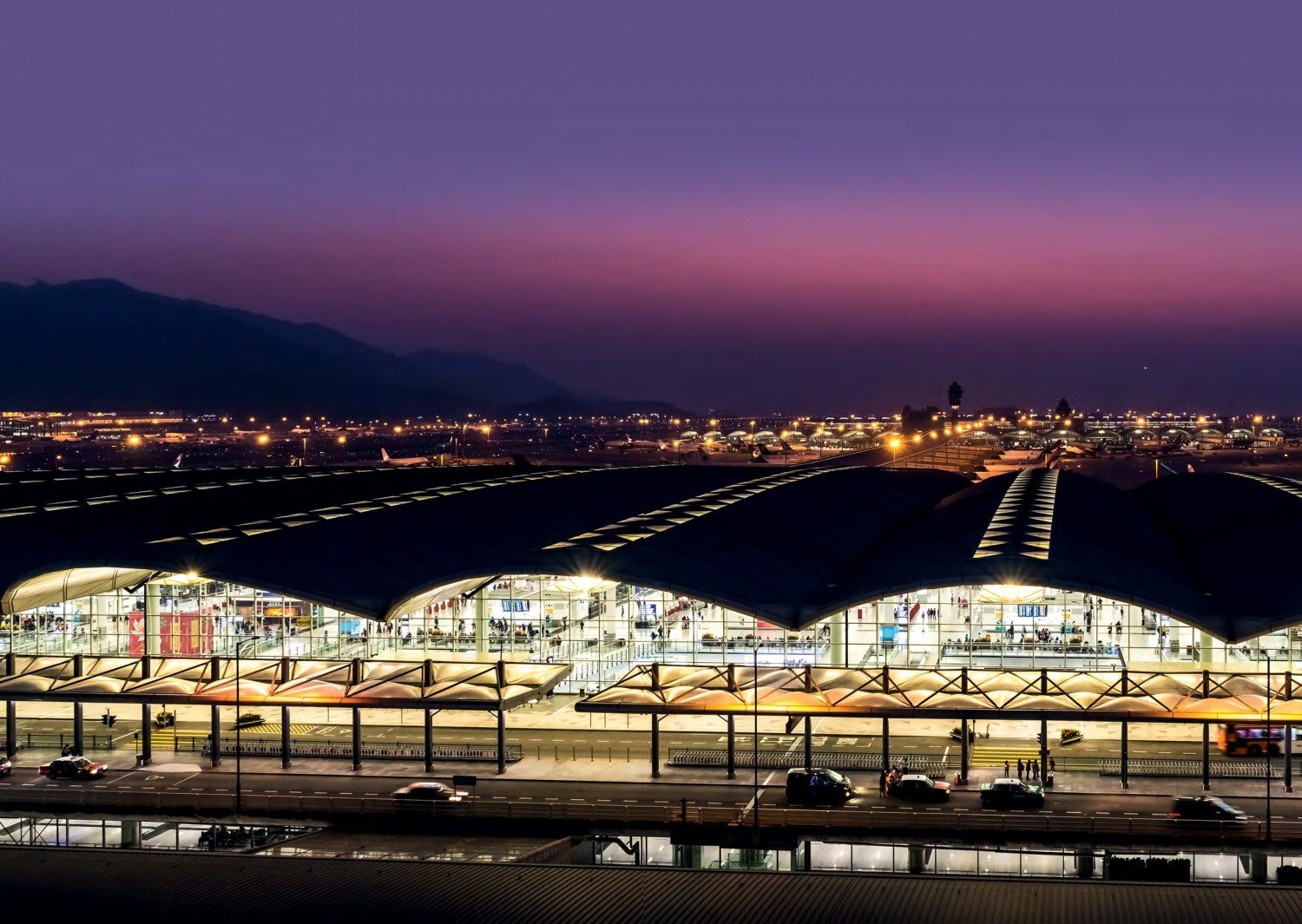 It is doubtful whether countries with multiple international airports could afford to implement the Ben Gurion gold standard of airport security. Felix Gottwald/AirTeamImages

Much of America’s terrorism is committed by far-left and far-right groups.

The 1971 bombing of the US Senate building and 1975 bombing of the US State Department building were carried out by left-wing group the Weather Underground. The FBI notes how “the dissolution of the communist Soviet Union… deprived many of these groups of their ideological foundation”.

Between World War One and World War Two, the prime domestic threat came from far-right groups like the Ku Klux Klan. In 1995, the far-right totem of small government manifested in the bombing of the Alfred P Murrah Federal Building in Oklahoma City. Bombers Timothy McVeigh and Terry Nichols killed 168 and injured 642. 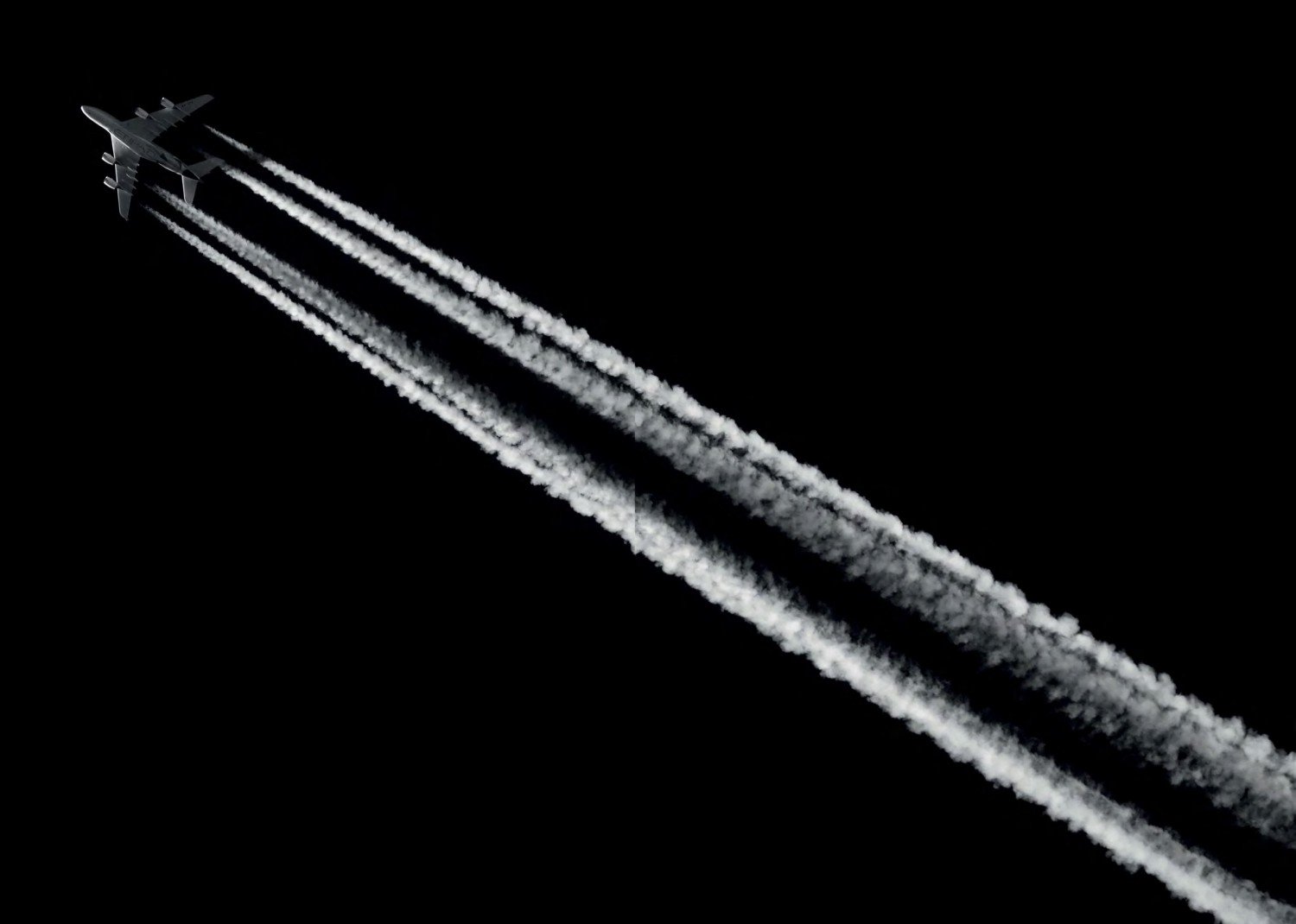 America’s tolerance of reactionary, hatepeddling religious sects has led to several murderous confrontations with the forces of law and order, most famously between the Bureau of Alcohol, Tobacco and Firearms (ATF) and the Branch Davidian sect in Waco, Texas, in 1993. The Branch Davidians, a sect that separated from the Seventh-day Adventist Church in 1955, murdered four ATF agents. An assault on the Davidian’s compound by Federal authorities ended a 51-day siege. Seventy-six died.

Social conservatives opposed to abortion rights and gender equality have bombed and murdered across the United States. Between 1982 and 1998 there were just under 200 terror attacks on abortion clinics. In 1993, a doctor who legally performed abortions was murdered by a ‘pro-lifer’. In 1994, another doctor and his minder were murdered by a ‘pro-lifer’. In January 1998, a bomb killed a guard (a police officer earning extra cash) and severely injured a nurse at a Birmingham, Alabama, abortion clinic.

It is worth pointing out that Trump is a ‘pro-lifer’. In 1997, a nightclub frequented by Atlanta’s gay community was bombed. The 1990s saw a spate of terror attacks by special interest groups the Earth Liberation Front and Animal Liberation Front. Non- Islamist terror poses a serious ongoing threat to public safety across the United States.

Given that the American public remains concerned about the possibility of Islamist terror at home, what steps could Trump and other free-world leaders take that are reasonable and proportionate? In this author’s opinion, the answer lies in a well-funded, globally actioned risk-based security programme, the parameters, standards and implementation of which should be determined and managed by the International Civil Aviation Organization, the International Air Transport Association and aviation’s national and regional authorities.

Blanket bans of the type implemented by Trump are an overreaction. They can be likened to a surgeon attempting to remove a tumour with a hammer: little chance of success and every chance that the patient will die on the operating table from the hammer blows. Scalpels produce better results than hammers. Ask any surgeon.

Threats like that posed by Islamic State require innovative, high-fidelity responses. One such is risk-based security. In contrast to blanket security, risk-based security uses profiling, interviews, travel history analysis and other measures to discriminate low-risk passengers from high-risk. Low-risk passengers are subjected to minimal on-airport checks, while high-risk passengers are subjected to additional checks. Israel’s only international airport, Ben Gurion, practises risk-based security supported by enhanced perimeter checks. The Daily Telegraph’s David Blair notes: “By the time a traveller is finally allowed to board a plane departing from Israel, he or she will have cleared no less than 12 layers of security.”

Does this system work? Yes. Not one passenger has been killed or wounded inside the airport or on board an aircraft on the airport’s ramps and runways for 44 years. Could the Ben Gurion system be rolled out at every international airport? No. It is doubtful that countries with multiple international airports could afford to implement this gold-standard everywhere. Ben Gurion processes under 17 million passengers a year; Charles de Gaulle processes 66 million, London Heathrow 75 million. There are over two dozen international airports in the UK. The technologies and structures required to support risk-based security are expensive. Governments must balance security against affordability. There are other calls on national budgets besides airport security that, like spending on education, health or pensions, are politically loaded.

In practice, risk-based security is problematic. First, there is the matter of privacy. Risk-based security involves creating a database of low-risk passengers who would be subject to fewer on-airport checks. Fewer checks mean less time spent getting from the car park, rail or bus terminal to the departure gate. Civil libertarians have concerns about the volume and security of the data required to support vetting. The American Civil Liberties Union’s Barry Steinhardt has warned that those unable to get on to the database, “would be increasingly subjected to intrusive, humiliating and time-consuming searches”. Confirmation by the CIA and the FBI that Russia attempted to influence the outcome of the 2016 US Presidential Election by using cyberterrorism speaks to the vulnerability of information technology systems. Online banking and other internet-based financial systems are far from secure, whatever your bank says. Every system can be broken.

Second, there are concerns that risk-based security might encourage stereotyping. For example, assessment of risk on the basis of a customer’s dress code, skin colour, native tongue, accent, non-verbal communication, demeanour or country of birth. A risk-based security system would offer police officers, airport and airline staff who were prejudiced the opportunity to express their prejudices. Prejudice is widespread. It afflicts every profession, including academia (where generally it manifests as anti-Semitism) and security (where generally it manifests as racism or Islamophobia).

Third, there is no guarantee that a prospective traveller judged to be low-risk would not subscribe to an extremist ideology, like that peddled by Islamic State, Al-Qaeda, Al-Shabaab or Boko Haram. Stereotyping creates lacunae, especially in regard to those who conceal their true beliefs. Consider the case of Samantha Lewthwaite, dubbed the White Widow by Britain’s tabloid press. A senior figure in Islamist terror group Al-Shabaab, Lewthwaite’s early life was conventional. Her soldier father served in Northern Ireland. At age 17, following her parents’ separation, Lewthwaite converted to Sunni Islam – not in itself an indication of subversive intent. A resident of leafy suburbia, Lewthwaite studied politics and religion at London University. Lewthwaite’s life changed direction when she married one of the London 7/7 suicide bombers, Germaine Lindsay (also known as Abdullah Shaheed Jamal). Following the July 7, 2005, attacks that killed 52 people and injured nearly 800, Lewthwaite fled the country. The subject of an Interpol Red Notice, Lewthwaite is being hunted by state security services. If an intelligent woman born into an English military family hailing from a sleepy, conservative town like Aylesbury in Buckinghamshire can be turned, anyone can be turned. The case of Samantha Lewthwaite reconfirms the dangers of stereotyping.

While risk-based security has advantages, such as reducing the time it takes passengers to negotiate on-airport checks, it also has disadvantages, such as allowing those who sympathise with Islamist terror groups relatively easy access to aviation infrastructure. If the assumptions that underpin risk-based security are incorrect, the system fails. Believing that all intelligent, prosperous Caucasians with UK passports are on-side in the War on Terror creates what Professor Jim Reason would call a latent error or resident pathogen in our security system. The consequences could be deadly.