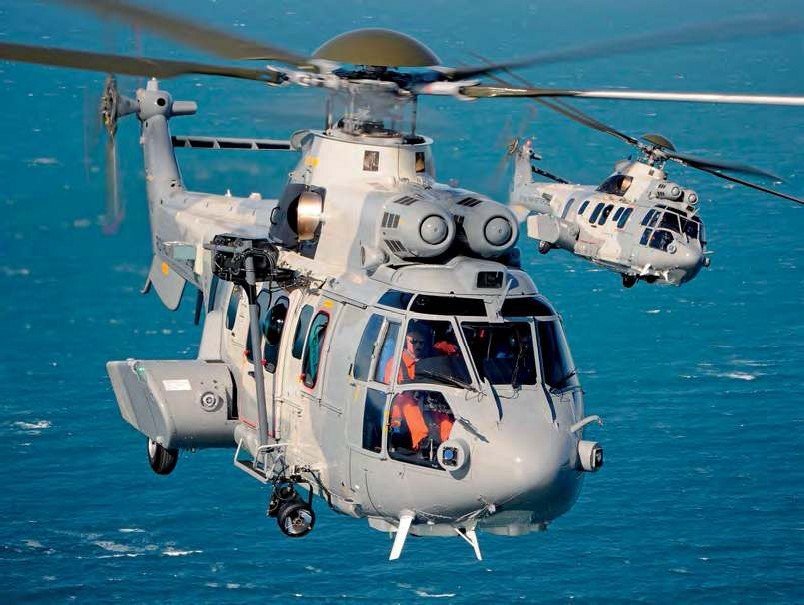 Airbus Helicopters announced on September 20, 2018, that it has secured an order from the Royal Thai Air Force (RTAF) for four additional H225M Caracal helicopters.

The four helicopters are expected to be delivered by the end of 2021 and will bring the RTAF H225M leet to 12 units.

The additional aircraft will be used for Combat Search and Rescue and troop transport operations and will be itted with emergency lotation gear, fast-roping equipment, a cargo sling, searchlight and an electrooptical sensor system. The RTAF already has six of its H225Ms (previously designated EC725 by the manufacturer) dedicated to these roles and two more from an earlier order will be delivered by the end of 2018.

Philippe Monteux, Airbus Helicopters’ Head of Southeast Asia and Paciic region, said: “The H225Ms have served the Royal Thai Air Force well since the delivery of its first batch in 2015 and we are truly honoured by this renewed order.”

In related news, Airbus Helicopters also announced on October 4, 2018, that the global H225M leet had surpassed the 100,000 light hours’ milestone.

The first customer was the Armée de l’Air, which took delivery of its first helicopter in 2006 and today there are 88 H225Ms in service with the armed forces of France, Brazil, Indonesia, Malaysia, Mexico and Thailand.

Michel Marcia, Airbus Helicopters’ Head of Super Puma programmes, said: “We are thrilled to see that the H225M has achieved this symbolic milestone, with helicopters lying in diferent corners of the globe and in some of the harshest theatres of operation.”